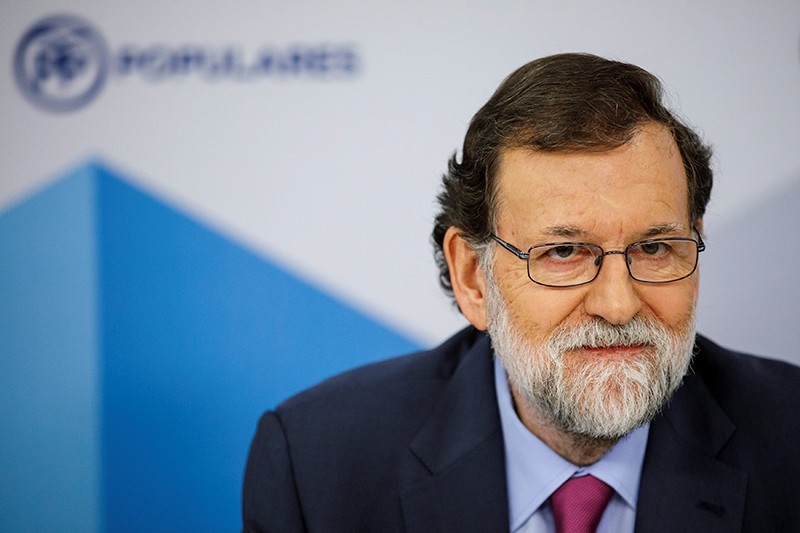 Spain's prime minister has warned Monday that the government will keep control over the restive region of Catalonia if ousted Catalan leader Carlos Puigdemont tries to be regional president from Brussels, where he's a fugitive from Spanish justice.

Puigdemont, who led Catalonia's independence declaration in October that prompted the government intervention, wants to present his candidacy for regional president to the Catalan parliament via video or through a delegate to avoid returning to Spain and being arrested.

Puigdemont fled to Brussels in October after Rajoy fired him as Catalonia's leader when he declared an independent republic following an illegal referendum. He faces arrest and possibly decades in jail if he returns to Spain.

But Spanish Prime Minister Mariano Rajoy said the president must be sworn into office in person and that the special powers invoked by Spain have to remain in place until that happens.

"It's absurd that someone aspires to be president of the Catalan regional government as a fugitive in Brussels — it's a case of common sense," he said in a speech at his center-right People's Party (PP) Madrid headquarters.

Secessionist parties won the most seats in the December election, but eight of their lawmakers are fugitives or in jail.

The parliament will meet for the first time on Jan. 17 to choose the committee that rules its day-to-day activities. A new leader could be voted in by parliament as early as Jan. 31.