Not undemocratic for Britons to reverse Brexit in second referendum, Irish PM says 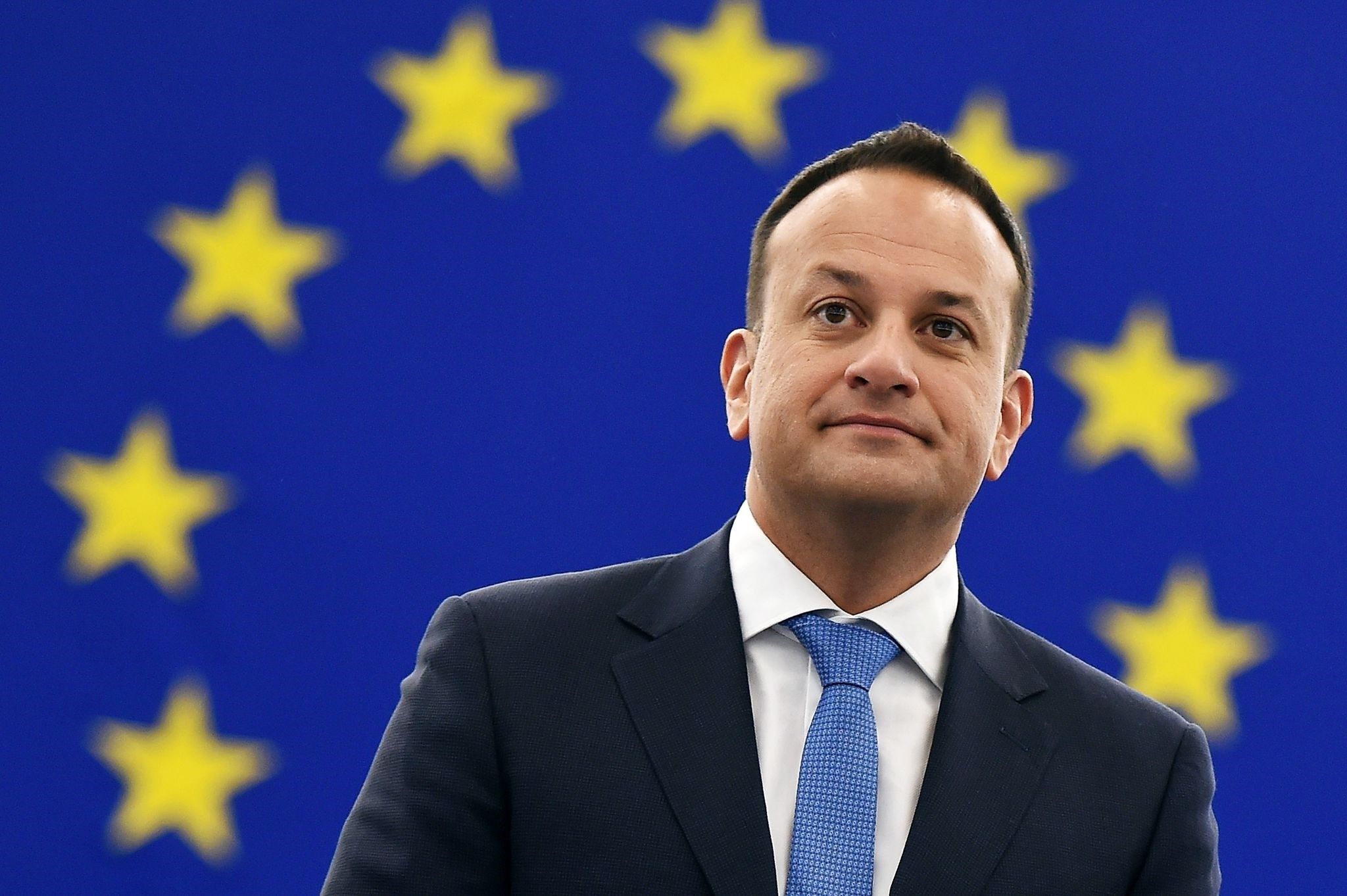 Irish Prime minister Leo Varadkar looks on prior to attend a debate during a plenary session at the European Parliament on January 17, 2018 in Strasbourg, eastern France. (AFP Photo)
by Jan 17, 2018 12:00 am

It would not be "anti-democratic" for Britons to reverse their Brexit vote in a second referendum, Irish Prime Minister Leo Varadkar said at the European Parliament on Wednesday, but he denied working to promote one.

During exchanges in Strasbourg, Varadkar rejected an accusation by the U.K. Independence Party's Nigel Farage that he was conspiring with the likes of former British premier Tony Blair to thwart Britain's departure from the European Union by resisting London's efforts to keep full access to EU markets.

Varadkar cited close cultural ties between Ireland and Britain, including his own immediate family, as a reason why he was arguing for the closest possible relationship between the EU and Britain after Brexit next year. But he insisted London could not keep EU rights while rejecting some of its obligations.

Farage, the former UKIP leader who still leads the party in the EU legislature, accused Varadkar of risking Irish trade with Britain out of loyalty to an EU integration project which he said would unravel further after Brexit. He suggested Varadkar was pushing for Britain to reverse its referendum vote to leave.

"You are part of course of a big attempt here and elsewhere to frustrate and to attempt to overturn Brexit," he told Varadkar. "I don't want a second referendum on Brexit. Absolutely not. But I fear that you are all working together with Tony Blair and Nick Clegg to make sure we get the worst possible deal."

Varadkar told reporters he had never met Blair though had encountered Clegg, a former deputy prime minister. He insisted, however, that it would be counter-productive for him as a foreigner to tell Britons what they should do.

Nonetheless, he added, Ireland had reversed referendum decisions before, including to overturn a ban on divorce, and might soon reverse a previous referendum vote curbing abortion:

"I don't think it's anti-democratic for anyone to change their mind or have a second vote. But any decision on the second referendum must only be one for the U.K. parliament and the U.K. people."

British Prime Minister Theresa May, who campaigned against Brexit in 2016, has insisted that she will see it through, despite a flurry of statements this week by EU leaders that they would welcome Britain changing its mind.

During an earlier debate in Strasbourg on Wednesday, EU chief executive Jean-Claude Juncker said he would also welcome Britain applying to re-join the bloc in the future.