Number of migrants heading to Spain by sea to increase this year: European watchdog 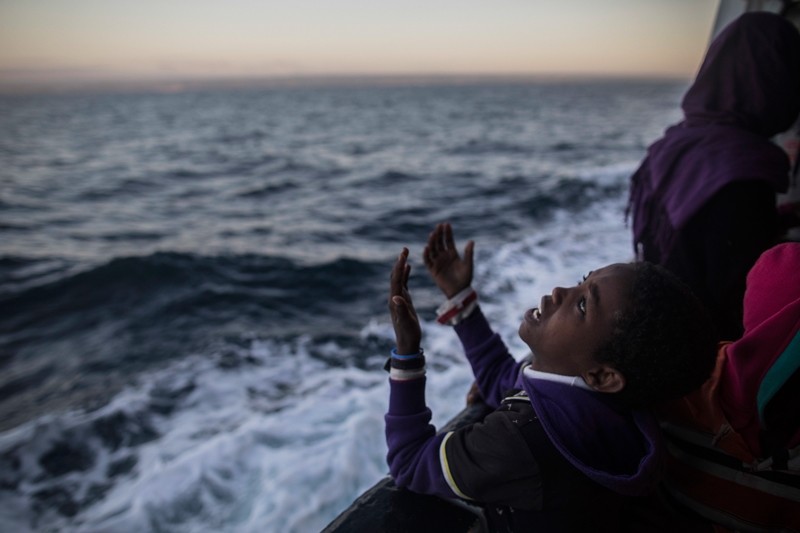 In this Friday Jan. 19, 2018 photo a child from Eritrea sings to celebrate his arrival to Europe aboard the Spanish NGO Proactiva Open Arms rescue vessel, Pozzallo, Sicily, Italy. (AP Photo)
by Associated Press Jan 19, 2018 12:00 am

Europe's border watchdog says the number of migrants and asylum-seekers coming across the western Mediterranean Sea to Europe this year is likely to increase, after 2017 closed with more than twice the traffic of the previous year.

The head of the EU Frontex border agency, Fabrice Leggeri, announced Friday in Madrid that his agency would increase efforts this summer to help Spanish border surveillance. No extra funds have been allocated yet, but Frontex says it will consider diverting funds from operations in Greece or Italy if needed.

"The bad news is in the western Mediterranean," Leggeri told reporters, noting that the number of migrants crossing the central and eastern Mediterranean from North Africa to Europe was higher but was declining. "Spain deserves more solidarity from the European Union."

Leggeri also said a system in place in Italy and Greece to register those arriving will also be implemented in Spain. The system makes it easier to identify migrants so they can be repatriated if they are denied residency in Europe. It also allows European law-enforcement authorities to compare criminal records with other countries' police agencies.

The International Organization for Migration says 2,583 migrants and refugees entered Europe by sea this year through Wednesday, and 199 others died en route.