Salmonella contamination in French baby milk may go back to 2005 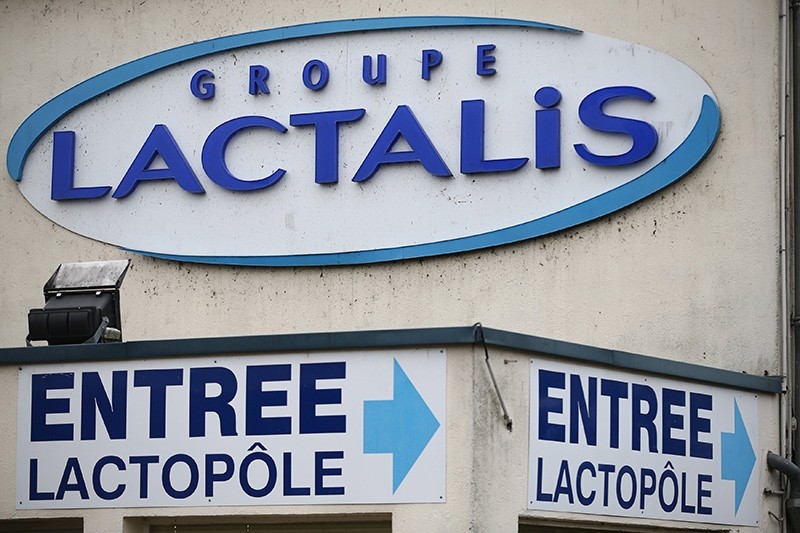 The logo of Lactalis Group is seen at the entrance of the French dairy group Lactalis headquarters in Laval, western France, January 12, 2018. (Reuters Photo)
by Compiled from Wire Services Feb 01, 2018 12:00 am

The same strain of salmonella that sickened infants last year and in 2005 also seems to have been involved in some 25 cases in intervening years, French experts said on Thursday.

Some 38 infants have fallen sick since April with salmonellosis linked to a baby milk factory in north-western France owned by dairy giant Lactalis.

The outbreak led to the recall of more than 12 million boxes of baby milk powder in 83 countries, according to figures cited by Lactalis chief executive Emmanuel Besnier in January.

The company has permanently closed down one of the drying towers in its factory in Craon, where the bug was found.

The same strain of salmonella was linked to an outbreak of poisoning in 2005 that affected 141 infants. The Craon factory was not yet owned by Lactalis at that stage.

Simon Hello of France's national monitoring center for salmonellosis told dpa on Thursday that the center had now also found the same "precise signature" in 25 cases of salmonella infection in the years between the two outbreaks.

"Microbiologically speaking there is no doubt" that the same strain of the bug was responsible for the illnesses, Hello said.

It was not feasible, however, to establish for certain whether the infants concerned in those 25 cases had actually consumed products from the Craon factory, he said.

Lactalis is one of the largest dairy companies in the world. Along with milk powder, it makes cheeses, milk, cream and butter. It was founded in 1933.

The company is facing several lawsuits over the outbreak, and police raided the group's headquarters in Laval, western France, earlier this month.

Investigators have opened a preliminary inquiry for suspected fraud as well as endangering health by failing to properly execute the recall.

Salmonella causes fever and diarrhoea in infants, along with vomiting in some cases, which can lead to babies being hospitalized for dehydration.

According to French health authorities, all of the babies sickened by salmonella-tainted milk made a good recovery.