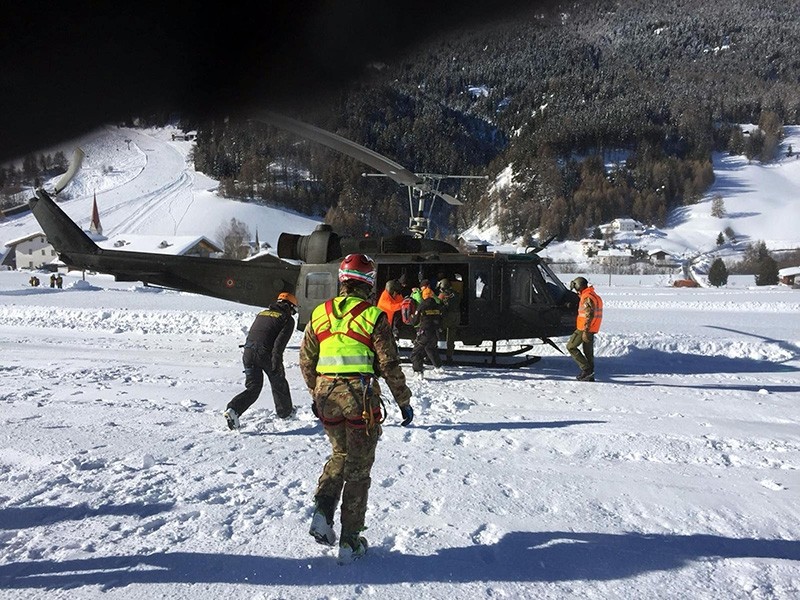 handout photo shows resucers evacuating some 100 tourists and hotel workers from a four-star mountainside hotel and a nearby guesthouse in northern Italy (EPA File Photo)
by Feb 04, 2018 12:00 am

Two people were killed in an avalanche as they were skiing off-piste at a resort in central Italy, emergency services said Sunday.

They said a third person was slightly injured and taken to hospital by helicopter following the accident in the resort of Campo Felice, 120 kilometers (75 miles) east of Rome.

Campo Felice is a small resort popular with Rome residents in the Apennine Mountains.