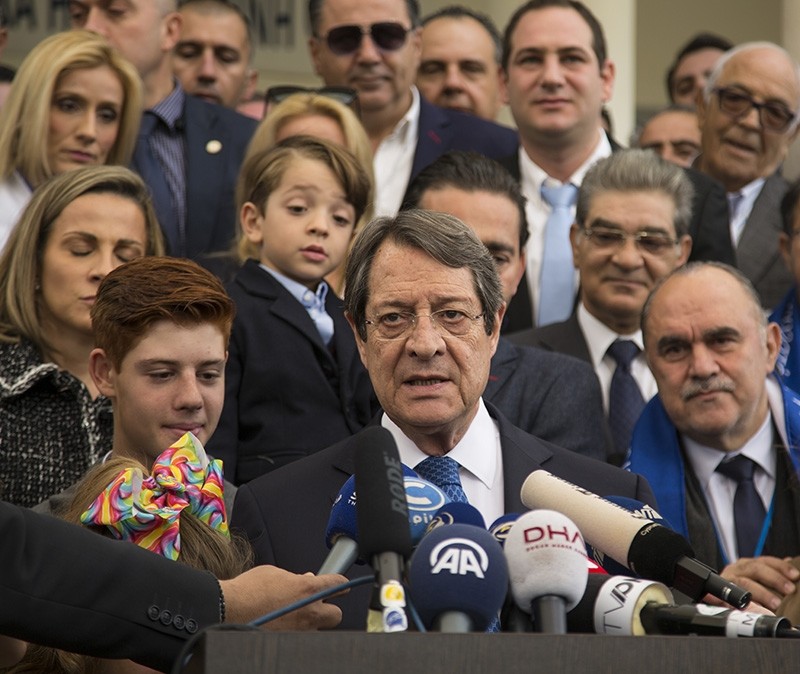 Greek Cypriot leader Nicos Anastasiades was reelected for a second term Sunday after winning 56 percent of the vote.

Local media reported Malas phoned Anastasiades to concede defeat, and his inauguration for a final five-year term is set to be held later Sunday evening.

Apathy has been on the rise after a lackluster campaign -- especially among young voters -- and the final official turnout stood at 73 percent.

The first round was held on Jan. 28 during which none of the candidates passed the 50 percent vote threshold.

Anastasiades got 35.51 and Malas 30.24 percent of the vote in the first round of elections on Jan. 28, with the remaining cast among candidates who had taken a harder line than either in peace talks with the Turkish Republic of Northern Cyprus (TRNC).

But many voters also preferred to stay away, with the abstention rate at 28 percent.

The candidate, who takes the most votes in the second round, will be the new leader of the Greek Cypriot Administration which has 550,876 registered voters.

The Greek Cypriot polls come in the wake of Jan. 7 general elections in the TRNC, Greek Cypriots' neighbor on the divided Eastern Mediterranean island.

If Anastasiades gets reelected, peace negotiations with the TRNC are expected to resume.

Cyprus has been divided since 1974 when a Greek Cypriot coup was followed by violence against the island's Turkish population, and Ankara's intervention as a guarantor power.

Cyprus has seen an on-and-off peace process in recent years, including the latest initiative in Switzerland under the auspices of guarantor countries Turkey, Greece and the U.K. collapsing in 2017.