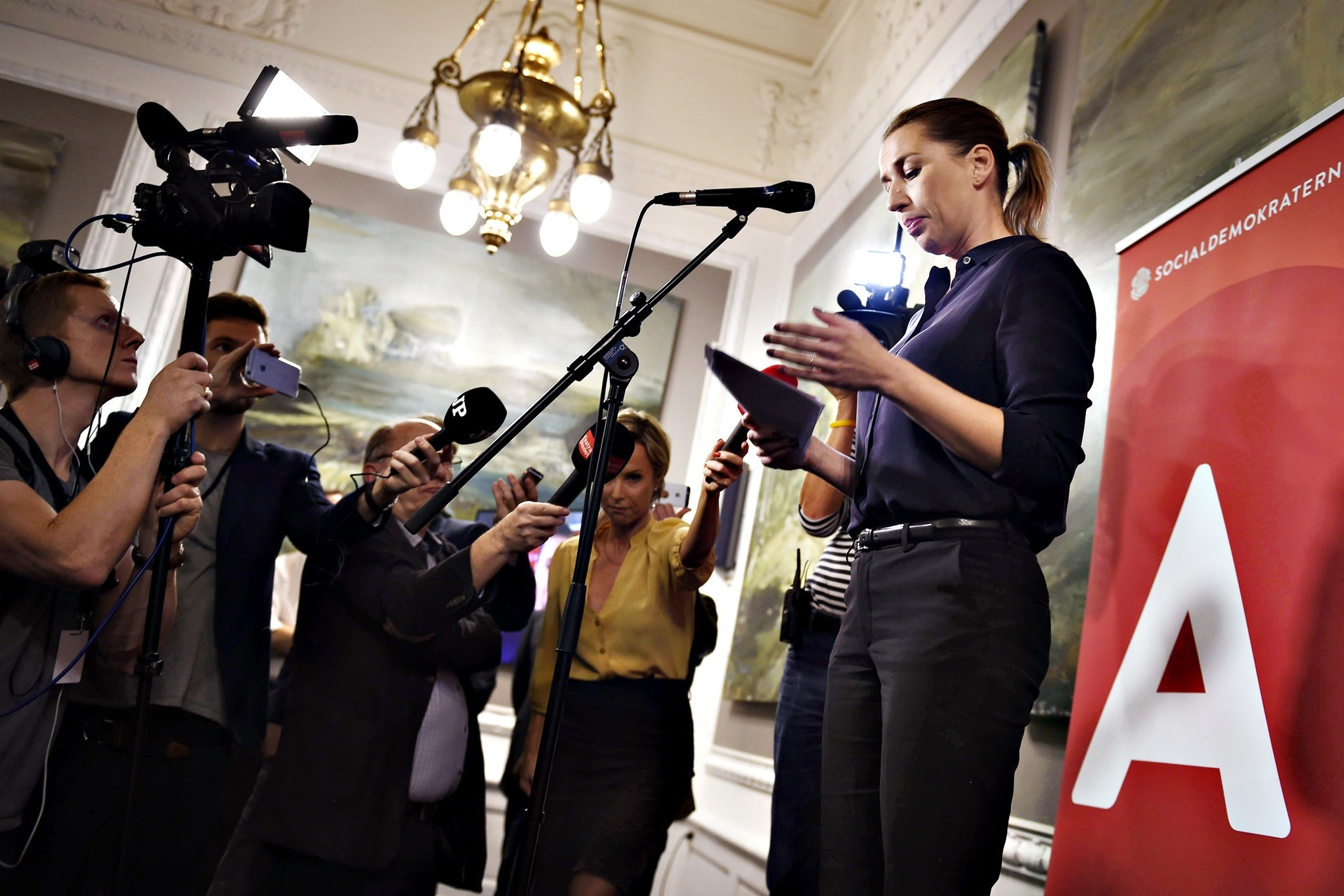 Denmark's Social Democrats, part of the left-wing opposition and the country's largest party, on Monday proposed slashing the number of "non-Western" foreigners allowed into the EU member state.

"We want to introduce a cap on the number of non-Western foreigners who can come to Denmark," Mette Frederiksen, head of the Socialdemokratiet, said in a 44-page document which focused in particular on asylum seekers from Africa.

"We want to reform our asylum system, among other things, by setting up reception centers outside Europe, and in the future it will not be possible for refugees to obtain asylum in Denmark outside quotas set by the United Nations," she added.

The proposed reform would have asylum seekers who come "spontaneously" to Denmark sent to a reception center in a country outside Europe, for example in North Africa, while their case is being examined.

Should an asylum seeker's application be granted by Danish authorities, the person would still not be allowed to enter Denmark.

The refugees would instead stay in the transit country where the application was processed under the protection of the U.N. Refugee Agency (UNHCR) and Denmark would pay for the expenses of covering their needs.

After having hosted nearly 30,000 people during Europe's migration crisis between 2015 and 2016, Denmark has closed its borders with Germany, toughened its asylum conditions, and the number of applications drastically fell to 3,500 last year.

Frederiksen said the country of 5.7 million people no longer has the means to integrate foreigners on its soil.

"The population in Denmark has changed rapidly in a short time: in 1980, one percent of the Danish population was not of Western origin, today it is eight percent," she said.

Two parties in the leftist opposition, however, rejected the proposal.

The far-left Red-Green Alliance said in a statement posted on Facebook that Denmark would not solve integration challenges by "relinquishing its responsibility in North Africa".

Denmark's former employment and justice minister Frediksen holds a degree in African studies. She is one of the 48 elected Social Democrats in the 179-seat Danish parliament.

The nation's second largest party, the Danish People's Party (PPD) with 38 lawmakers, is not part of the center-right government of Prime Minister Lars Lokke Rasmussen.

But the party's anti-immigration stance has influenced the government.

Denmark, known for its long history of high human rights standards, tolerance and openness, has become the least attractive country in Europe for refugees and asylum seekers thanks to its anti-refugee policies. The country has not only reinstated border controls to stem the flow of refugees into the country, those who are already in the country have been slapped with a new refugee law that aims to make the country an unwanted destination for migrants, scaring them away by imposing harsh policies; stripping refugees of jewelry to pay for their aid and potentially sending them to state-backed refugee villages with extended waiting periods for family reunification of up to three years.

Denmark came under fire from the U.N. over growing discrimination against Muslims and refugees in May. Reviewing various reports from civil society organizations in both Germany and Denmark, discrimination and xenophobia is a growing trend in both countries, as the two countries are not doing enough to eliminate discriminatory elements from both state institutions and society.