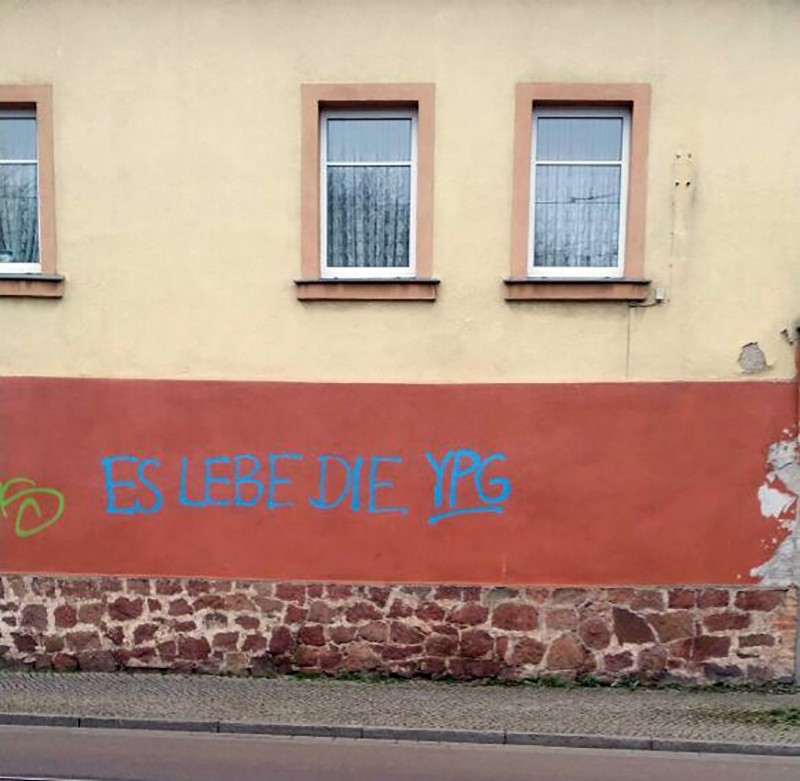 An attack on a mosque in Hannover, Germany, by sympathizers of PKK and its Syrian affiliate People's Protection Units (YPG) is the most recent example of assaults on the country's Muslim community.

Anti-Islam and anti-migrant messages were written yesterday morning on the walls of Halla Saale Mosque, which functions under the Turkish-Islamic Union for Religious Affairs' (DİTİB) Hannover branch. The director of the mosque's foundation, Ali Tetik, said that his house was also attacked by PKK supporters who wrote political messages and threats related Turkey's Operation Olive Branch in Afrin, Syria. Tetik said that they informed the police regarding the attack and that they hope the attackers are arrested as soon as possible.

Eleven mosque in German have been targeted in PKK-sympathizer attacks recently.

Last week, a mosque in Rhine-Westphalia was attacked during the Wednesday morning prayer. The attackers vandalized a mosque in Aachen, breaking windows and leaving offensive notes on the walls.

Germany has seen a growing number of radical protests and violence by PKK supporters since the group launched a campaign two weeks ago to protest Turkey's Operation Olive Branch.

The PKK takes advantage of German security forces' tolerance and uses the country as a platform for their fundraising, recruitment and propaganda, which Germany's domestic intelligence service reports have corroborated.
Last Update: Feb 05, 2018 4:19 pm
RELATED TOPICS