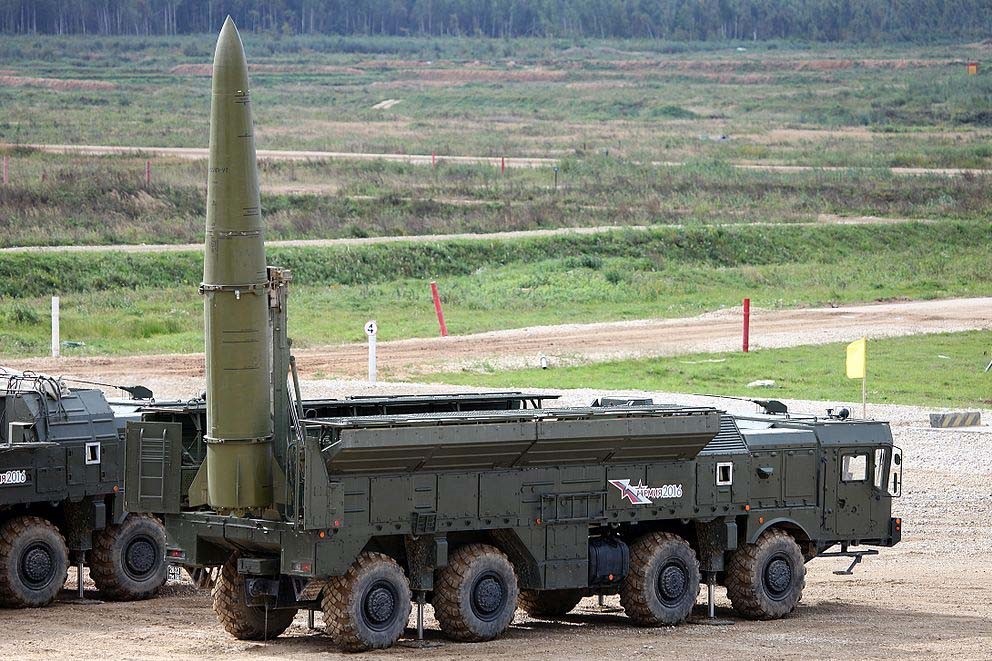 Lithuania on Monday accused Russia of deploying nuclear-capable ballistic missiles to its Kaliningrad exclave on the Baltic, as relations between Moscow and the West sink to post-Cold War lows.

Russia has previously sent Iskander missiles to Kaliningrad for drills, but Lithuanian President Dalia Grybauskaite said that this time they were being deployed for a "permanent presence."

Speaking to reporters, Grybauskaite warned that the deployment in the Russian region bordering Baltic NATO members Poland and Lithuania posed a danger for "half" of Europe's capitals.

Moscow was reported to have deployed Iskander missiles for exercises in its Kaliningrad exclave in 2016, rattling nearby NATO members.

Lithuanian intelligence agencies said in a recent report that a permanent, nuclear-capable Iskander deployment was "inevitable", adding that Moscow will likely "present it as a response to NATO actions."

Meanwhile, head of the Russian parliament defense committee confirmed the deployment of Iskanders in Kaliningrad, saying Moscow to the measure in response to foreign military deployments in the nearby countries.

"We deployed [the ballistic missiles], yes. The deployment of foreign military infrastructure is automatically included in the list [of targets] for priority destruction," Vladimir Shamanov said.

Last year, NATO deployed four multinational battalions to Poland and the Baltic states as tripwires against possible Russian adventurism, while the US military sent a Patriot battery to Lithuania for drills.

US Vice President Mike Pence in July also raised the possibility of deploying the Patriot anti-missile defense system in nearby Estonia.

The Baltic states hope NATO will agree on additional air defense capabilities for the region during a Brussels summit in July.

The United States is meanwhile in the process of selling nearby Poland a Patriot anti-missile system, a move likely to irk Russia.

The State Department said in November that it had notified Congress of its approval of the deal, worth up to $10.5 billion (8.4 billion euros), marking the first time Poland has bought the sophisticated system.