Greece under fire for giving prison leave to convicted terrorist 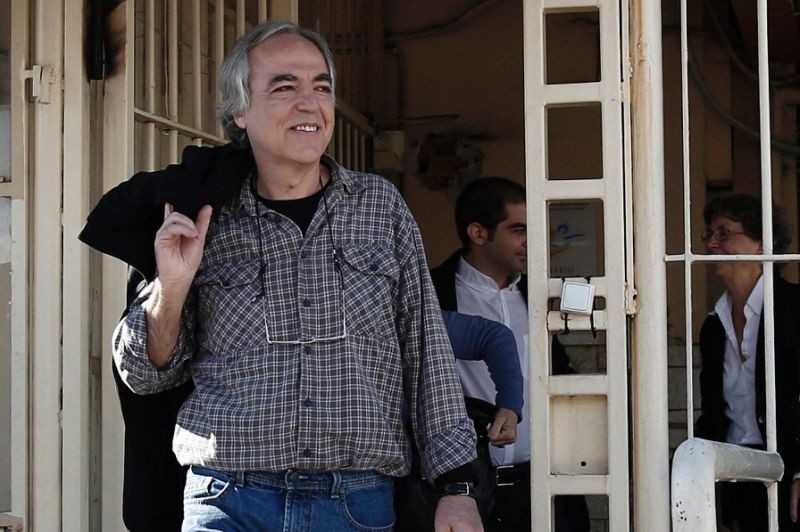 A far-left Greek assassin jailed for life over the murder of 11 people was granted a two-day leave from prison on Friday for the second time in four months, sparking renewed international condemnation.

Dimitris Koufontinas, a senior member of the Nov. 17 extremist group implicated in deadly attacks on U.S., British, Turkish and Greek targets between 1975 and 2000, was met by his lawyer and family members after leaving prison Friday morning, according to Greek television.

The decision to temporarily release Koufontinas again was denounced by the families of the group's victims and Greek opposition parties, as well as Britain and the United States.

"It is extremely disappointing to see an unrepentant terrorist brought out of prison again," said British ambassador Kate Smith, adding that it was an insult to the "memory of victims and the feelings of the families."

Nov. 17, named after a student uprising against the 1967-1974 military junta, was behind the 1975 killing of the CIA's Athens station chief Richard Welch, and claimed responsibility for slaying 23 people in scores of attacks.

U.S. ambassador to Greece Geoffrey Pyatt retweeted a statement by the State Department saying that "we fundamentally believe that convicted terrorists do not deserve a vacation from prison."

Greek conservative politician Dora Bakoyannis, whose husband was assassinated by the group, called the killer's release "a serious offense to Greek society and the notion of justice."

"The families of the victims will never forget," said Bakoyannis, who is the sister of Kyriakos Mitsotakis, the leader of main opposition party New Democracy.

But a lawyer for Koufontinas, Ioanna Kurtovic, said that the rights of every prisoner should be respected.

Koufontinas, who evaded police in 2002 for months by camping out on a secluded beach when the other members of the group were arrested, eventually turned himself in.

The former mathematician and beekeeper later wrote a best-seller on his life in the extremist group.

Opposition parties have assailed the leftist government of Prime Minister Alexis Tsipras over his temporary release, noting that Koufontinas never showed any remorse.