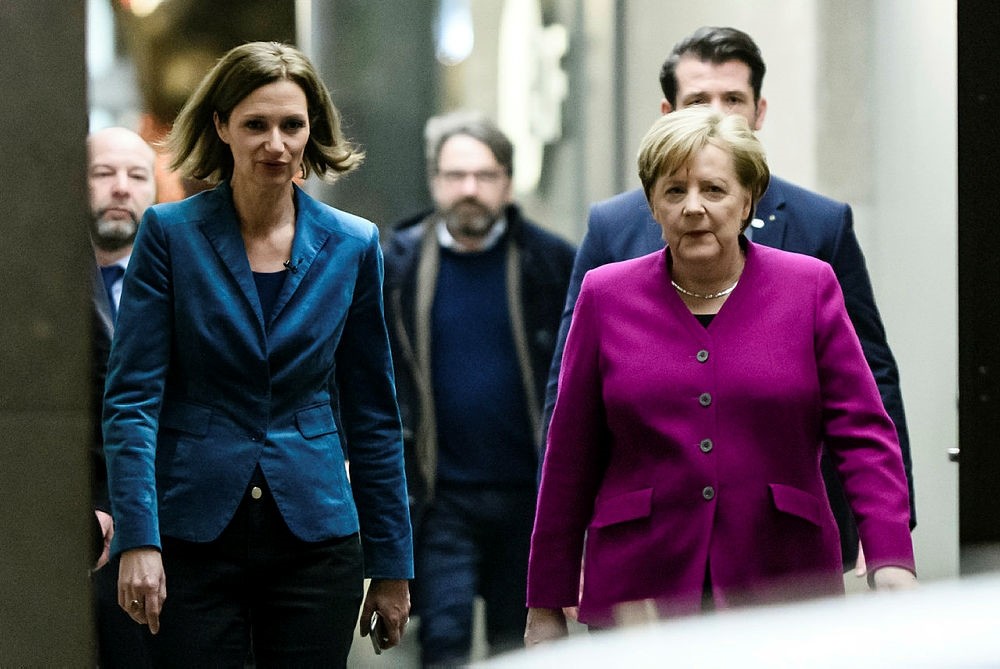 German Chancellor and Chairwoman of the Christian Democratic Union (CDU), Angela Merkel (R), and ZDF journalist Bettina Schausten (L) come out of the building in Berlin, Germany, 11 February 2018. (EPA Photo)
by Feb 11, 2018 12:00 am

German Chancellor Angela Merkel on Sunday defended "painful" concessions she has made to the Social Democrats (SPD) to secure a fourth term and said growing criticism among her conservatives was not a sign that her authority was waning.

Asked whether she was planning to groom a successor to lead her conservatives in the next election, Merkel said she wanted a younger generation of her Christian Democrats (CDU) to fill ministerial posts in a new coalition with the SPD.

In an interview with the ZDF public broadcaster, she commented on the rising displeasure among conservatives over her decision to give the SPD the powerful finance ministry.

"I understand the disappointment," Merkel said.

"And now we need to show that we can start with a new team," she added. "We have six ministerial posts to fill and from my point of view we need to ensure that not only the over-60s are considered but also younger people."