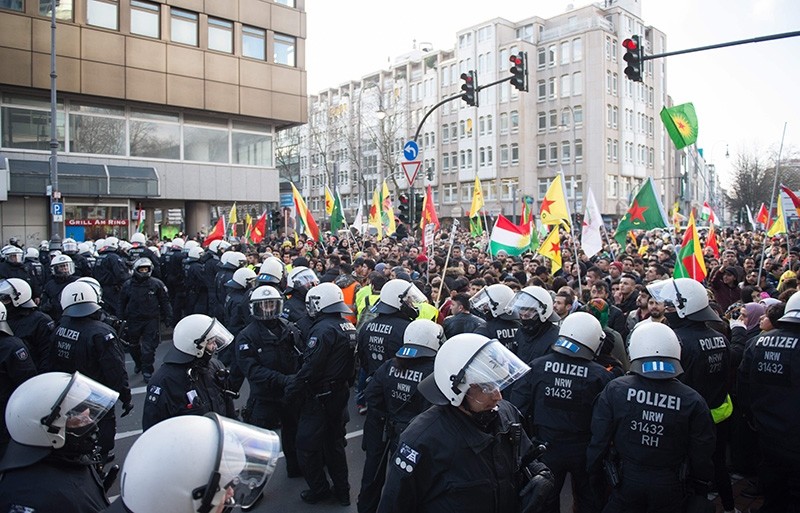 Demonstrations organized by NAV-DEM, an association deemed close to the PKK terrorist group, were banned Wednesday by the German police.

The Cologne Police Department announced that two future NAV-DEM protests would not be allowed due to a high possibility of committing crimes by using outlawed PKK symbols and posters of the terror group's leader Abdullah Öcalan.

A previous protest organized by NAV-DEM was also banned in Cologne last Saturday.

A demonstration on Jan. 27 this year was declared illegal by the German police and later dissolved, after NAV-DEM members displayed PKK posters, while a similar protest in November last year was interrupted due to a conflict between PKK sympathizers and the police in Düsseldorf.

The PKK is listed as a terror organization not just by Turkey, but also by the European Union and the United States.

However, it has long enjoyed relative freedom in European cities and has a particularly strong presence in Germany with PKK supporters being allowed to hold rallies, recruit militants and collect funds.

Operation Olive Branch was launched by Turkey on Jan. 20 to remove PKK/PYD/YPG/KCK and Daesh terrorists from Afrin in northwestern Syria.