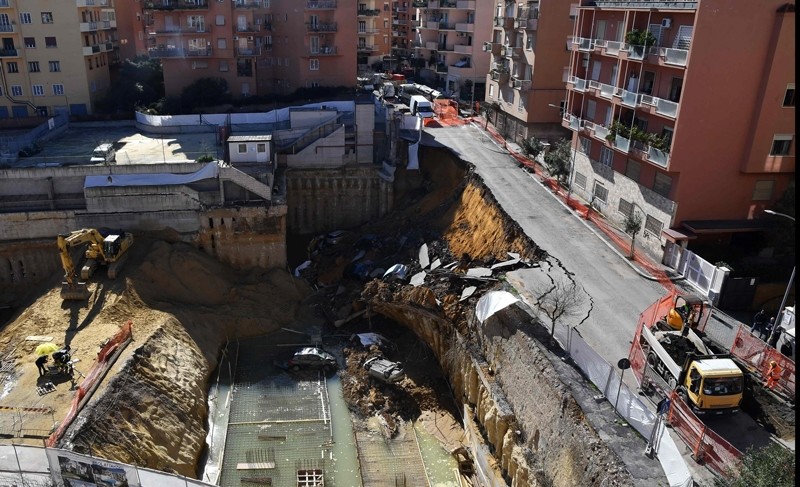 The picture taken on February 15, 2018 in the street of Balduina's district in Rome shows a huge sinkhole that opened up the day before in Rome, swallowing six cars. (AFP Photo)
by Associated Press Feb 15, 2018 12:00 am

Prosecutors have opened an investigation into a 10-meter (30-foot) -wide sinkhole that swallowed up a half-dozen cars on a residential street in Rome.

No one was injured in Wednesday evening's collapse in the Balduina neighborhood, but families in nearby buildings were evacuated as a precaution. 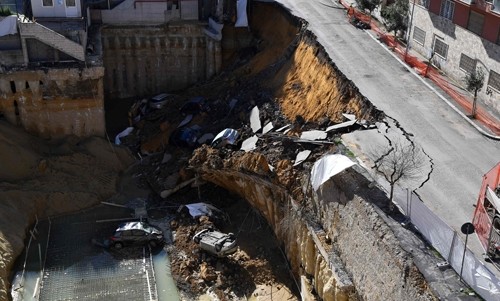 The ANSA news agency said prosecutors had placed a property owner and the company handling construction along the road under investigation Thursday.

Rome Mayor Virginia Raggi visited the site and stressed that the sinkhole, which appeared to shave off the entire side of the road, occurred at an active construction site, and that the situation is under control.