UK's May says second Brexit referendum out of question 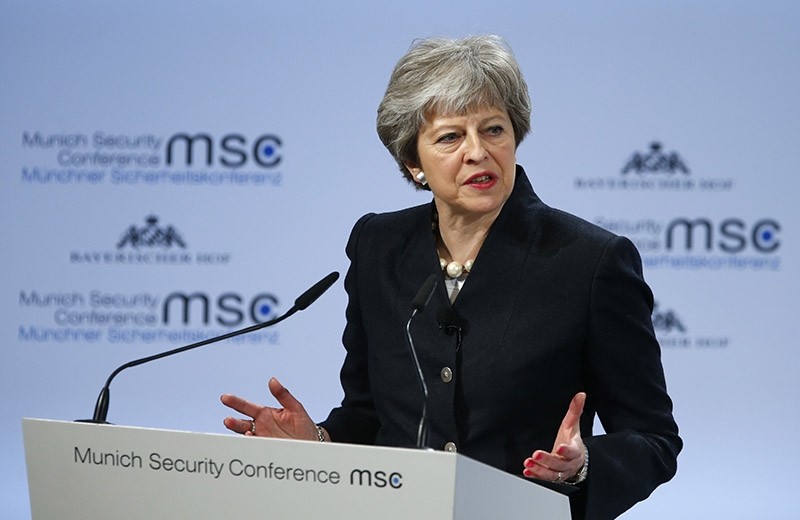 Britain's Prime Minister Theresa May talks at the Munich Security Conference in Munich, Germany. (Reuters Photo)
by Feb 17, 2018 12:00 am

Britain's Prime Minister Theresa May ruled out a second vote on the country's membership of the European Union, saying there was no going back on the result of the June 2016 vote.

"We are leaving the EU and there is no question of a second referendum or going back and I think that's important," May told the Munich Security Conference.

"People in the UK feel very strongly that if we take a decision, then governments should turn not round and say no you got that wrong," she said when asked if Britain would consider a second referendum.