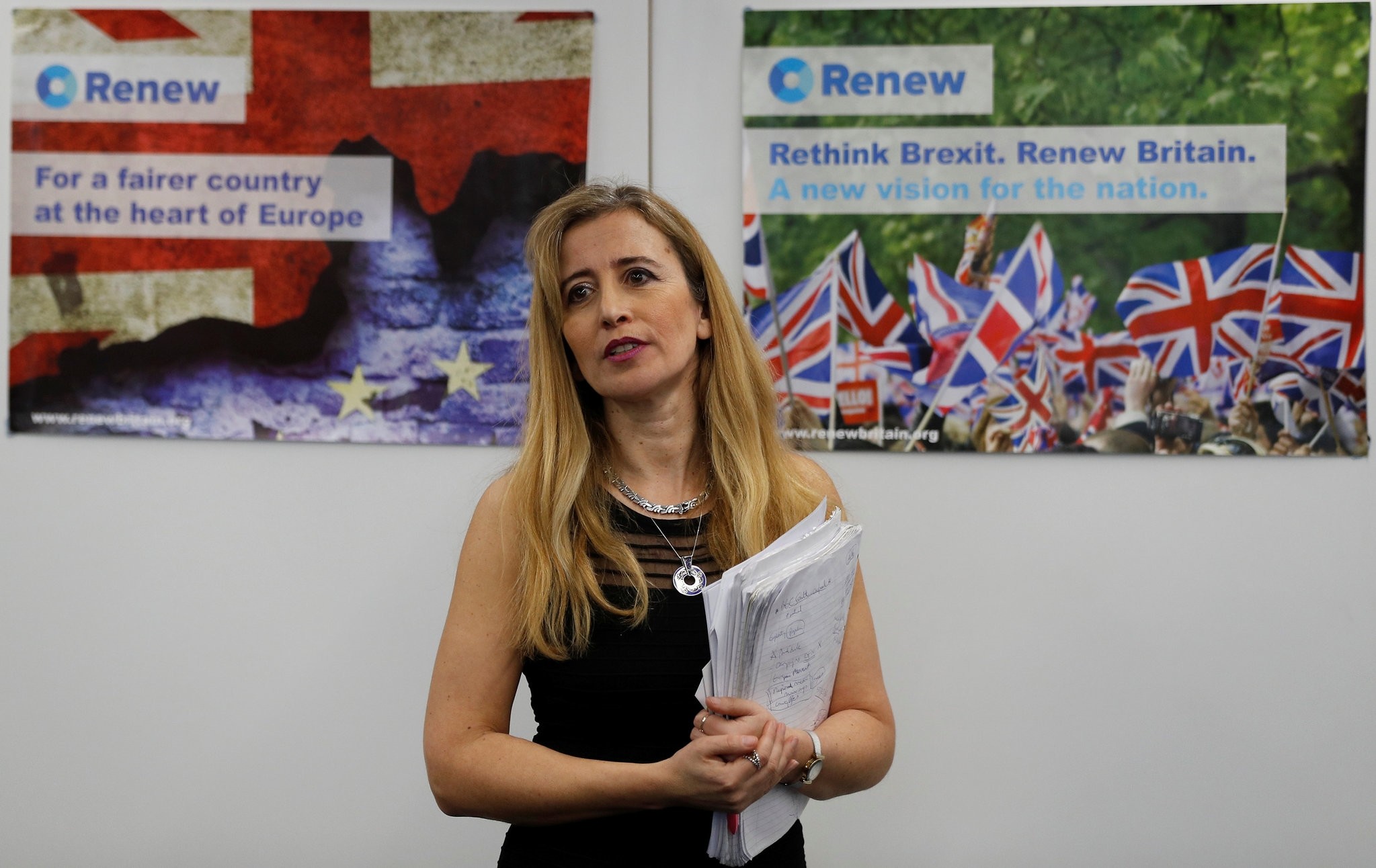 With just over 13 months left until Britain is due to leave the EU, opponents of Brexit are exploring ways to stop what they call Britain's biggest mistake since World War Two.

The Renew party, founded last year after Macron's En Marche! movement propelled him to power, said it would target pro-Brexit lawmakers in constituencies with high levels of support for EU membership.

"We intend to be tough on Brexit and tough on the causes of Brexit," said James Torrance, the party's head of strategy. "We'll pressure MPs to consider the national interest and put Remain back on the table in a vote on the final EU deal."

The party, founded by an accountant, a former journalist and a consultant, plans to contest seats in May local elections and all 650 parliamentary seats if there is a national election.

Blocking any withdrawal deal that May brings back from Brussels in October would probably sink her minority government and prompt a national election that could throw Britain's exit into doubt.

May's government and party is divided over Brexit. She campaigned for a "remain" vote in 2016, but now insists Britain will leave at 2300 GMT on March 29, 2019. She says there will be no rerun of the referendum.

An ICM survey published last month showed 47 percent of voters favour having a final say on Brexit once the terms of the departure are known, while 34 percent oppose a rerun of the referendum.

But the survey showed just a two-percentage-point lead for remaining in the EU once the "don't knows" are excluded.

EU leaders, if they voted unanimously, could allow Brexit to be delayed if there was political turmoil in Britain on the eve of Brexit. That would still probably leave investors uncertain about the nature of the future trading relationship.

Among those who have called for Brexit to be halted are former Prime Minister Tony Blair, Goldman Sachs Group Inc Chief Executive Lloyd Blankfein and George Soros, who made a fortune by betting against the British pound in 1992.

"We have had informal discussions with En Marche," said Torrance, a former accountant who helped found Renew.

"They are providing advice to us about how they got going in France. So we can understand that in more detail and apply some of the lessons from that."

Supporters of Brexit say attempts to stop Brexit run against the democratic will of the people and could thrust Britain into a constitutional crisis.