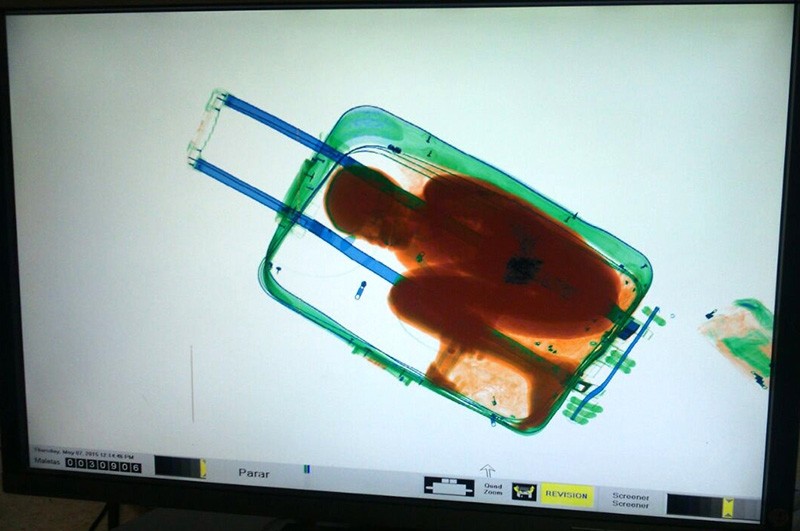 A Spanish court on Tuesday allowed an Ivory Coast man to walk free, with only a small fine to pay, after his son was found crammed into a suitcase at a border crossing.

Prosecutors had initially sought a three-year prison term for Ali Ouattara, 45, for facilitating his son's illegal entry into Europe and threatening the child's life.

"The child's life was endangered, he was inhumanly curled up in a tiny suitcase, without ventilation," judge Fernando Teson said as the trial got underway.

The heart-rending photo of the boy went around the world in 2015, during the peak of Europe's worst migrant crisis since World War II. 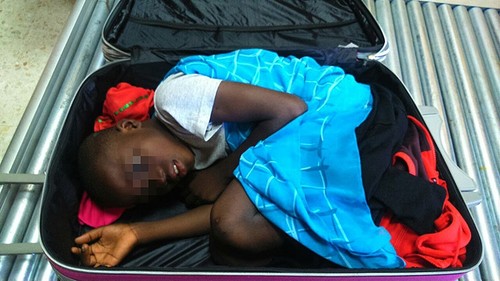 The trial took place in Ceuta, a Spanish territory in Morocco which migrants from Africa regularly try to reach by scaling high border fences or smuggled through in cars.

As the trial drew to a close, prosecutors asked that the court order Ouattara to pay a fine, because they found no evidence to prove the father knew his son would be trafficked in a suitcase.

Ouattara, who has already spent a month behind bars, was ordered to pay a 92 euro ($114) fine by the three presiding judges.

"It's all over and we can begin to resume our lives, together, my wife, my daughter my son and I in Bilbao," in northern Spain, Ouattara said as he emerged from the court.

His lawyer, Juan Isidro Fernandez, explained to the court how the boy had been left with just his 18-year-old brother in Ivory Coast after their grandmother died

The now 10-year-old boy, whose name is Adou, currently lives in a Paris suburb with his mother but traveled to Ceuta to testify.

Adou told the judges he had had difficulty breathing while in the suitcase, which he was forced into by a "Moroccan girl." 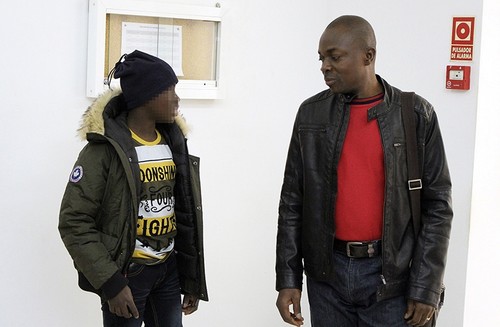 It was ultimately his testimony that saved his father from jail.

Adou said Ouattara had told him he would be taken "by car," and that there had never been any mention of a suitcase.

The desperate smuggling attempt was a first in Ceuta.

But only three months later, a 27-year-old Moroccan died of asphyxiation inside a suitcase placed in the trunk of a car on a ferry linking Melilla, another Spanish territory in Morocco, to southern Spain.

The two Spanish enclaves are the only places in Europe which share a land border with Africa.

Adou was reunited with his mother soon after arriving in Ceuta, while his father was arrested shortly after the police discovery.

Ouattara told the judge Tuesday that he had been living in Spain legally for eight years, and that he had a stable job.

While his wife and daughter were able to join him, the Spanish authorities had rejected four requests for Adou to come because they deemed the father's 1,300 euro ($1,600) monthly salary insufficient to cover the family's needs.

A desperate Ouattara was misled by traffickers in Ivory Coast who charged him 5,000 euros ($6,200) and did not tell him his son would be hidden in a suitcase.

A former philosophy and French teacher in Abidjan, Ouattara arrived illegally in Spain in 2006, making the perilous journey across the Mediterranean aboard a boat.

"For us, it was crucial for the child to come, we couldn't live without him, we couldn't stop thinking about him," Ouattara said.