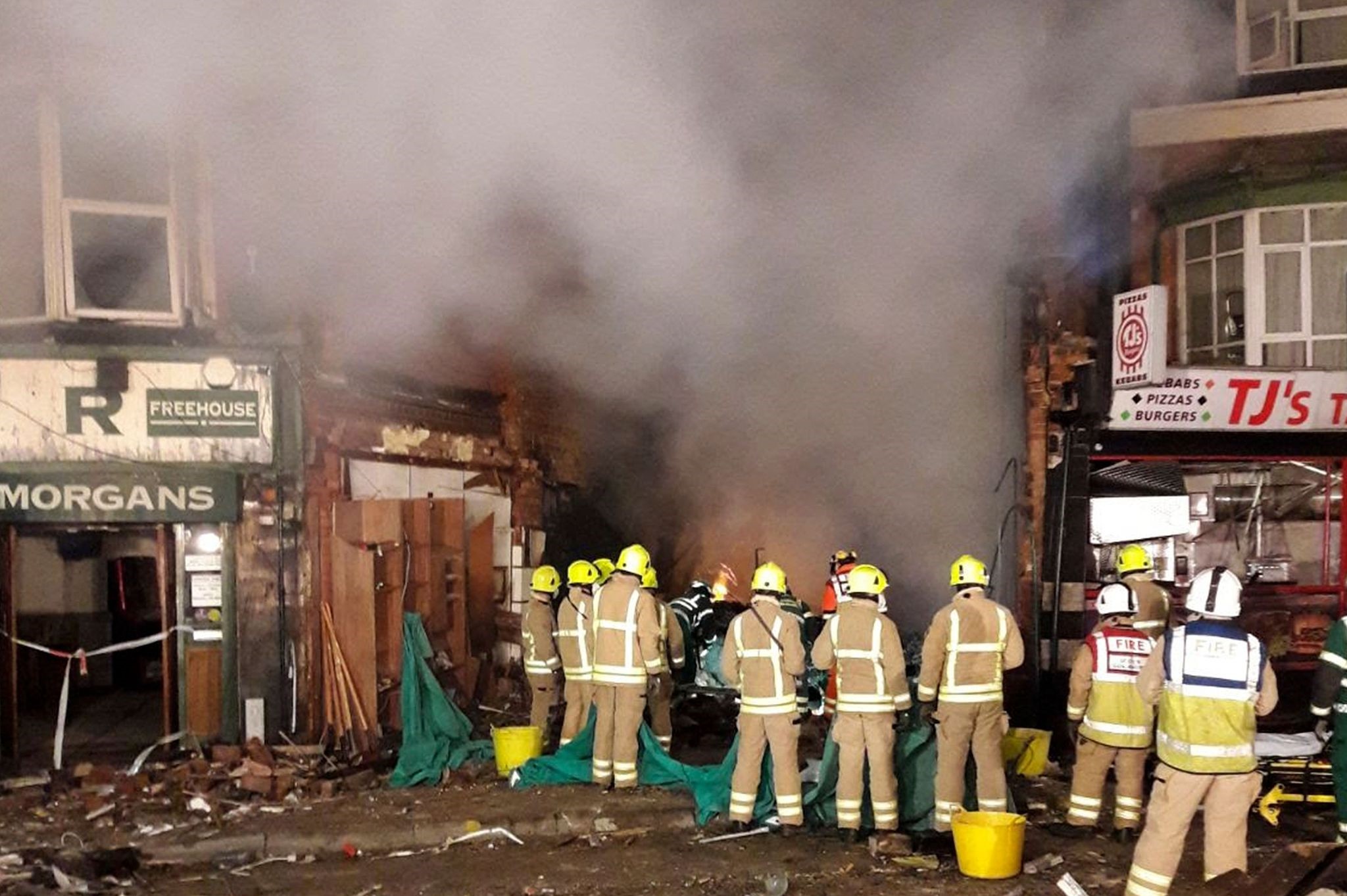 A handout picture released by Leicestershire Fire and Rescue Service on February 26, 2018 shows members of the emergency services attending the scene of an explosion in Leicester, central England, on February 25, 2018.
by Mar 03, 2018 12:00 am

British police investigating a shop blast a week ago which killed five people in the central English city of Leicester, said on Saturday they had charged three men with manslaughter and arson with intent to endanger life.

The five died when a blast ripped through a Polish convenience store and a home last Sunday, turning the building into rubble.

Police said in a statement they had charged three men over the case: Aram Kurd, 33, from Leicester, Hawkar Hassan, 32, from Coventry and Arkan Ali, 37, from Oldham.

The three will remain in custody and appear in court on Monday. Two other men have been arrested and are still being questioned, the police said.