German FM Gabriel says he won't be in new government 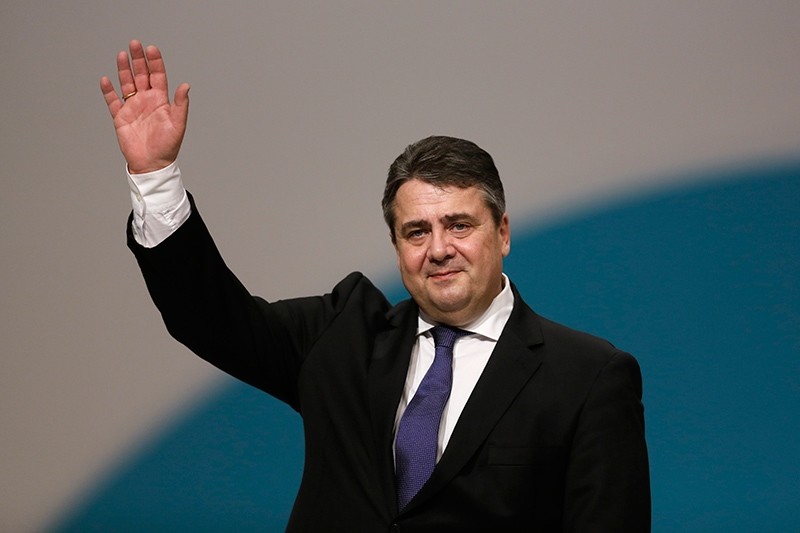 In this Dec. 11, 2015 file photo German Foreign Minister Sigmar Gabriel waves to the delegates as he receives the applause after his speech during the Social Democratic party convention in Berlin. (AP Photo)
by Compiled from Wire Services Mar 08, 2018 12:00 am

German Foreign Minister Sigmar Gabriel has tweeted that he will not be a part of the next government.

Gabriel wrote Thursday that the heads of the Social Democratic Party had informed him of the decision and that he is deeply grateful to have worked for his country and the party in leading positions for many years.

"I will continue to be a directly elected member of the German Bundestag, but now the time ends in which I carry out leading political duties for the SPD," Gabriel wrote.

"In my almost 30-year political career, I have had the chance to work in leading functions for my country and for the SPD for 18 years. It was an exciting and eventful time, which opened up great opportunities and experiences for me that went way beyond what I could have dared to dream of as a young person."

The move comes after weeks of turbulence in Gabriel's party after it clinched a coalition deal with Chancellor Angela Merkel's conservatives.

The infighting also included a public falling-out with then-party leader Martin Schulz, who was vying to get the foreign minister job. Schulz has since abandoned that ambition, too.

Gabriel has been one of Germany's most popular politicians since becoming foreign minister about a year ago.

The Social Democrats will govern the country together with Merkel, who is to be re-elected next Wednesday.