Only 50 people turned out for PEGIDA rally in Amsterdam 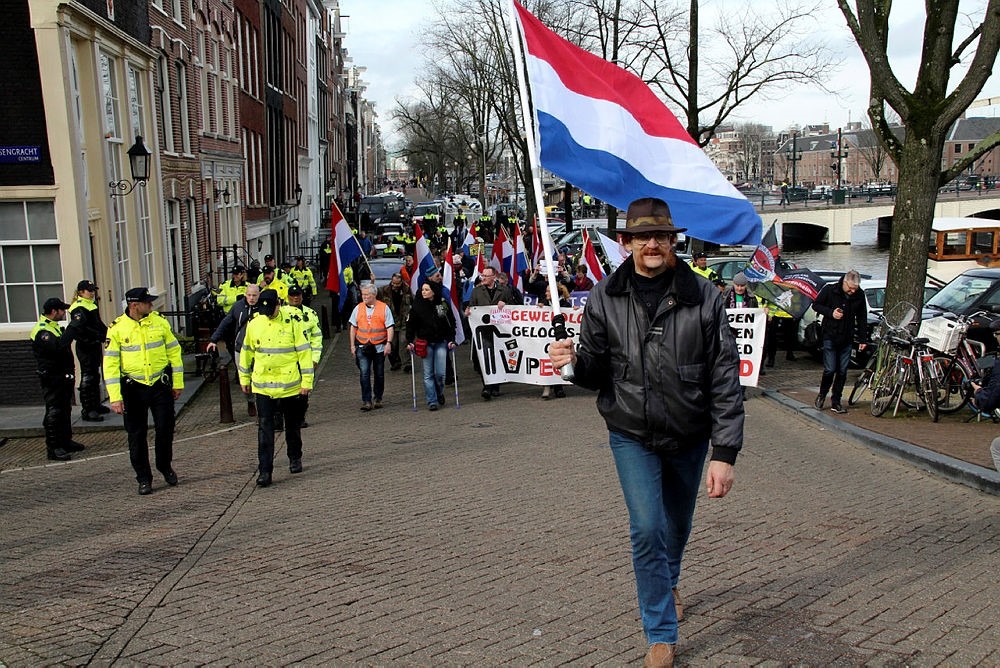 A rally organized on Sunday by a far-right, anti-Muslim and anti-immigrant group in Amsterdam did not gather the interest it hoped to receive, with only 50 people turning out for the protest.

The participants at the rally organized by the Dresden-based Patriotic Europeans against the Islamization of the West (PEGIDA) marched under police escort, holding racist banners.

A group of counter-protestors from Anti-Fascist Action (AFA) attempted to block the march, resulting in the arrest of three of their members, police said.

On Saturday, PEGIDA members planted 23 crosses on a construction site for a mosque.

The group began as a movement in Germany in mid-2014 and has spread to other countries as Europe grapples with its worst refugee crisis since World War II.