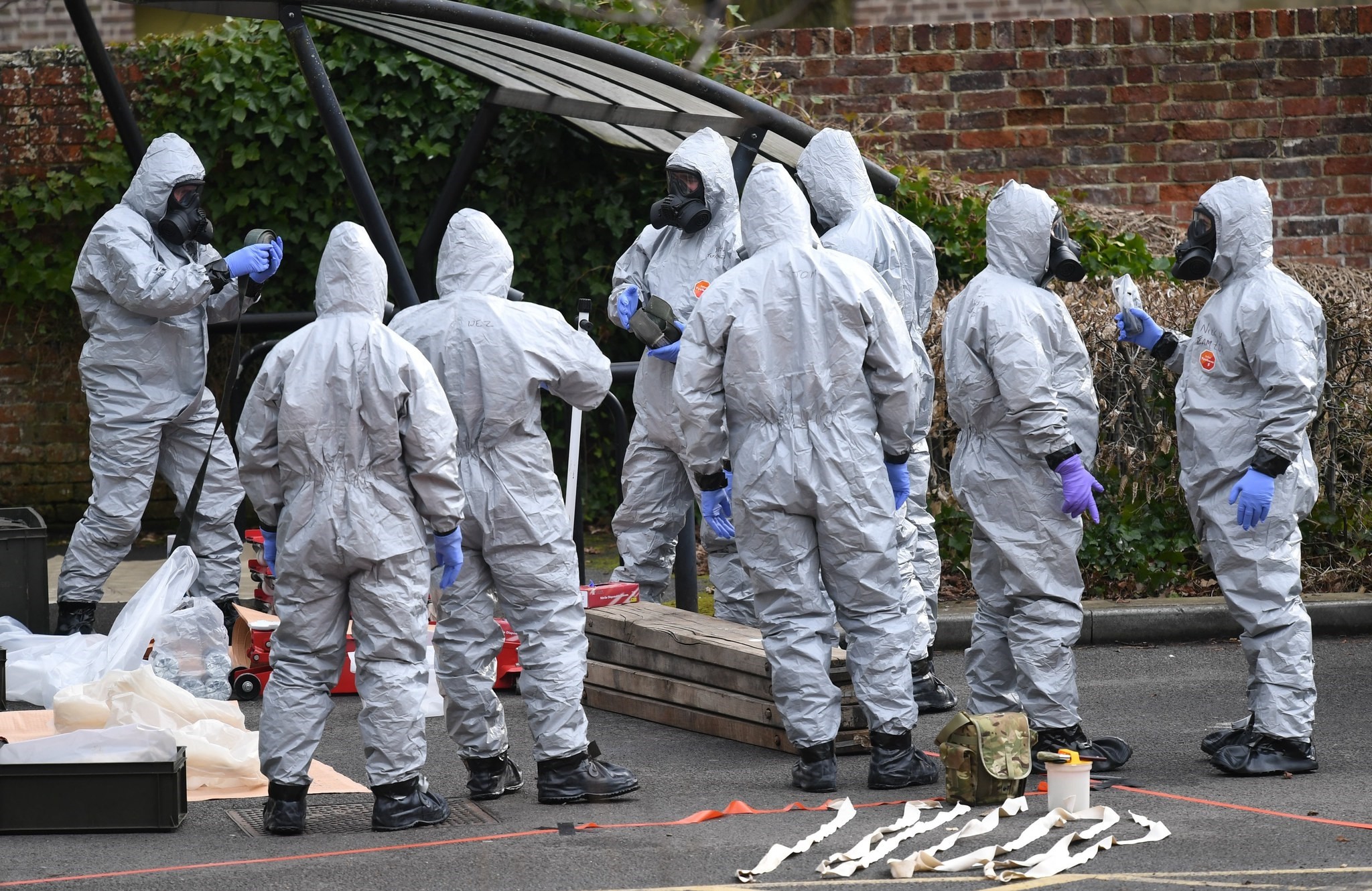 Military in protective clothing prepare to remove vehicles from a car park in Salisbury, Britain, 11 March 2017. (EPA Photo)
by Compiled from Wire Services Mar 12, 2018 12:00 am

The Kremlin rejected on Monday suggestions that it might be behind the poisoning of an ex-Russian spy the English city of Salisbury after a spokesman for British Prime Minister Theresa May said they will respond if it identifies who was responsible for the attack.

The spokesman's comments came as May chaired a meeting of Britain's National Security Council to weigh how to respond to a nerve agent attack on Sergei Skripal, who passed secrets to British intelligence and was found collapsed in Salisbury with his daughter on March 4.

"I think the cabinet ... is very clear that this is an ongoing investigation, that it is important that we allow the police to get on with their work," the spokesman told reporters.

"If we get to a position when we're able to attribute this attack then we will do so and the government will deliver an appropriate response."

Mewnhile, Kremlin spokesman Dmitry Peskov said that the poisoning of Skripal was not a matter for the Russian government.

"The mentioned Russian citizen worked for one of the British intelligence services, the incident occurred in Great Britain. This is not a matter for the Russian government," Peskov told a conference call with reporters.

Peskov also said he had not heard allegations from British politicians about possible Russian involvement in the attack.