3.4 tons of gold falls from the sky in Russia after plane’s door breaks off 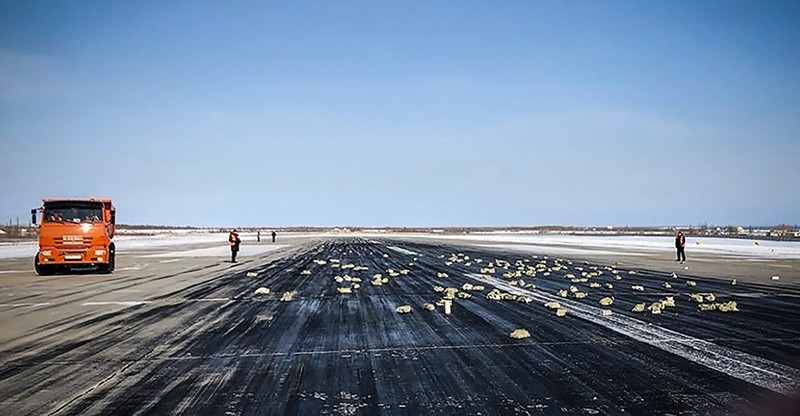 A handout picture provided by YakutiaMedia news agency shows precious metal ingots on the runway of the airport of Yakutsk, Russia, March 15, 2018. (AFP Photo/YakutiaMedia)
by Daily Sabah Mar 15, 2018 12:00 am

Several tons of gold bars fell from the sky in the Russian city of Yakutsk in eastern Siberia on Thursday.

The precious cargo started falling out of an An-12 plane shortly after it took off from the Yakutsk airport as its backdoor broke off.

"According to the preliminary information, 172 [gold] ingots weighing about 3.4 tons were found. The cargo was scattered along the airstrip because it was incorrectly sealed," the local office of the Russian interior ministry said, adding that there were approximately nine tons of gold aboard the plane.

Neither people on the ground nor the plane crew were harmed in the incident, the ministry added.