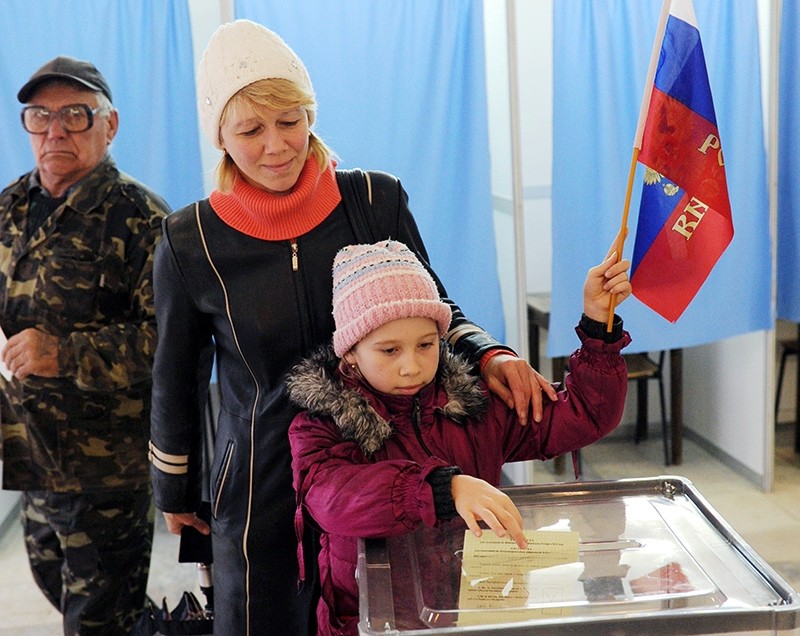 Ukraine said Friday that Russians will be unable to vote in this Sunday's presidential election because access to Moscow's diplomatic missions will be blocked.

"On Sunday, March 18, 2018 security arrangements for Russia's Ukraine-based diplomatic missions in Kiev, Kharkiv, Odessa and Lviv will not provide access to these facilities for Russian nationals voting in the election," Ukraine's interior minister Arsen Avakov said.

According to Avakov, Russia neglected Ukraine's concerns over possible provocations with "severe consequences" on the election day.

"The Ministry of Internal Affairs appeals to diplomats and citizens of the Russian Federation with a request to obey the lawful demands of Ukraine — not to provoke a situation, to observe the order and laws of Ukraine," the minister said.

A paramilitary nationalist group "National Squads" will not let Russian presidential polls to be held in Ukraine.

Relations between Kiev and Moscow deteriorate in 2014 after Russia occupied Ukraine's Crimean peninsula and allegedly provided support to pro-Russian separatists in the east of the country.