Putin wants to cause trouble wherever he can, UK's Johnson says 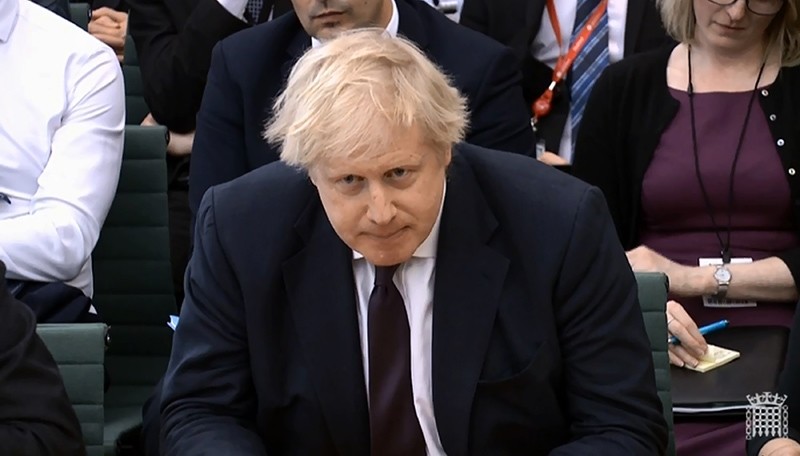 Russian President Vladimir Putin wants to cause trouble wherever he can so he can portray his country as strong again after the collapse of the Soviet Union, British foreign minister Boris Johnson said on Wednesday.

"I think Vladimir Putin ... feels that Russia lost out, so he wants to cause trouble wherever he can," Johnson told a committee of lawmakers, adding that Britain did not want a new Cold War.

"His principle audience for this is not us, it's his domestic audience who want, after what they see as all these humiliations, who want to feel that Russia is strong again."

Johnson also said the timing of an attack using military-grade nerve agent against a former Russian spy in England was probably connected to the weekend election won by Putin.

"The timing [of the attack in Salisbury] is probably more closely connected with the recent election in Russia," he said.

"And as many non-democratic figures do when facing an election or facing some critical political moment, it is often attractive to conjure up in the public imagination the notion of an enemy."

Tension between the U.K. and Russia has risen since the poisoning of former Russian double agent Sergei Skripal and his daughter.

British Prime Minister Theresa May accused Russia of being the perpetrator, while Moscow denies any involvement.

Johnson also said that Putin will try to bolster Russia's image through hosting the World Cup in much the same way as Adolf Hitler used the 1936 Olympics in Nazi Germany.

Russia is hosting the World Cup this Summer and opposition Member of Parliament Ian Austin said Putin would use the tournament to improve Russia's image, comparing it to when Hitler's Germany hosted Olympics.

Johnson, appearing before lawmakers, said he agreed with that assessment.

"Your characterization of what is going to happen in Moscow in the World Cup, in all the venues - yes, I think the comparison with 1936 is certainly right," he replied.

Britain previously said it will not send ministers or members of the royal family in delegations to the World Cup, but Johnson said it would be unfair on the players for the England team itself to withdraw.

He was concerned however about the safety of English fans and the ability of the British embassy and consular services to protect them.

Clashes between English and Russian fans marred the 2016 European Championship in France.

British police have previously expressed confidence that Russia would deal with any trouble among their own supporters as well as visiting ones.

Johnson said applications to go to Russia for the World Cup were about a quarter of what they were at this stage ahead of the 2014 World Cup in Brazil.

"It is up to the Russians to guarantee the safety of England fans going to Russia," he added.

"At the moment we are not inclined actively to dissuade people from going because we want to hear from the Russians what steps they are going to take to look after our fans."