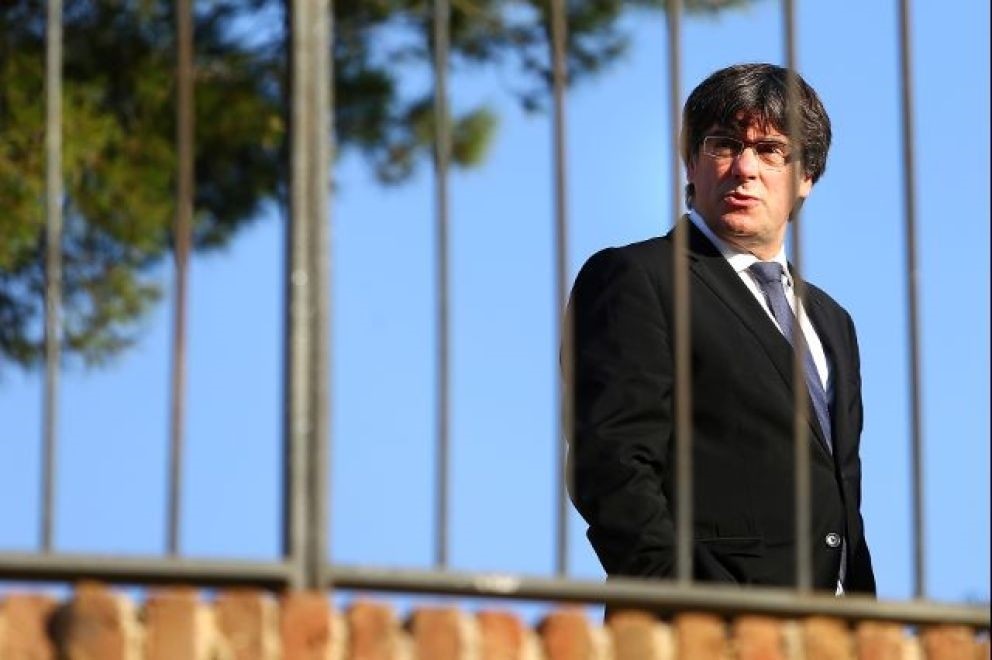 Catalan President Carles Puigdemont attends a memorial event at the tomb of former president of the Generalitat, the regional government, Lluis Companys in Barcelona, Spain, October 15, 2017. (Reuters Photo)
by Mar 24, 2018 12:00 am

Former Catalan leader Carles Puigdemont faces arrest in Finland after authorities there received an international warrant for his detention issued by Spain, the latest legal action against separatist politicians from the wealthy northeastern region.

If he returns to Spain, Puigdemont faces up to 25 years in prison on charges of rebellion and sedition for his part in organizing an illegal referendum on secession last year.

Finland has received the warrant but has requested more information from Spain before taking action, Inspector Hannu Kautto told Reuters on Saturday.

In an interview with Spanish radio station Catalunya Radio earlier, Puigdemont's lawyer, Jaume Alonso-Cuevillas, said his client would present himself to Finish police.

Puigdemont went into self-imposed exile in Belgium last year, shortly after the Catalan parliament made a symbolic declaration of independence from Spain. He arrived in Finland on Thursday to meet lawmakers and attend a conference.

On Friday, Spanish supreme court judge Pablo Llarena ruled a total of 25 separatist politicians, including Puigdemont, would face trial for rebellion, embezzlement or disobeying the state.

Of those, five were sent on Friday to pre-trial jail, among them Jordi Turull, a close ally of Puigdemont who was due to be put forward for a second vote on Saturday to become the next regional president.

The court's decision means the vote on Turull's leadership cannot go ahead because his presence is mandatory.

Catalan parliament speaker Roger Torrent said on Friday he would continue with the session and read a statement in support of pro-independence leaders, despite opposition from the government and unionist parties in Catalonia.

On Saturday, government sources reiterated calls for Torrent to cancel the session and said Madrid would study what action to take if it went ahead as planned.