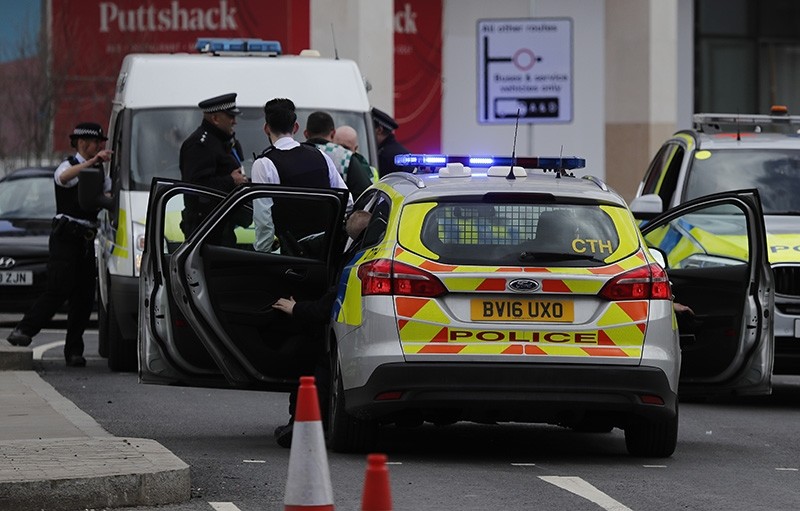 British police respond to an incident at Westfield shopping center in London, Friday, March 23, 2018, one of the largest shopping malls in Europe. (AP Photo)
by French Press Agency - AFP
Apr 02, 2018 12:00 am

A surge of stabbings in London was blamed Monday for the city overtaking New York's monthly murder tally for the first time in modern history.

Fifteen people were murdered in London during February, compared to 14 in New York, according to police figures.

The British capital also suffered 22 fatal stabbings and shootings in March, higher than the 21 in New York.

Despite the recent surge, New York, which has a slightly smaller population than London, has still suffered more murders since the start of the year.

Sean Yates, Scotland Yard's head of knife crime, said part of the rise could be blamed on courts not enforcing the "two strikes" law aimed at jailing those caught with a knife twice.

"There's definitely something about the impact of social media in terms of people being able to go from slightly angry with each other to 'fight' very quickly," she told the Times on Saturday.