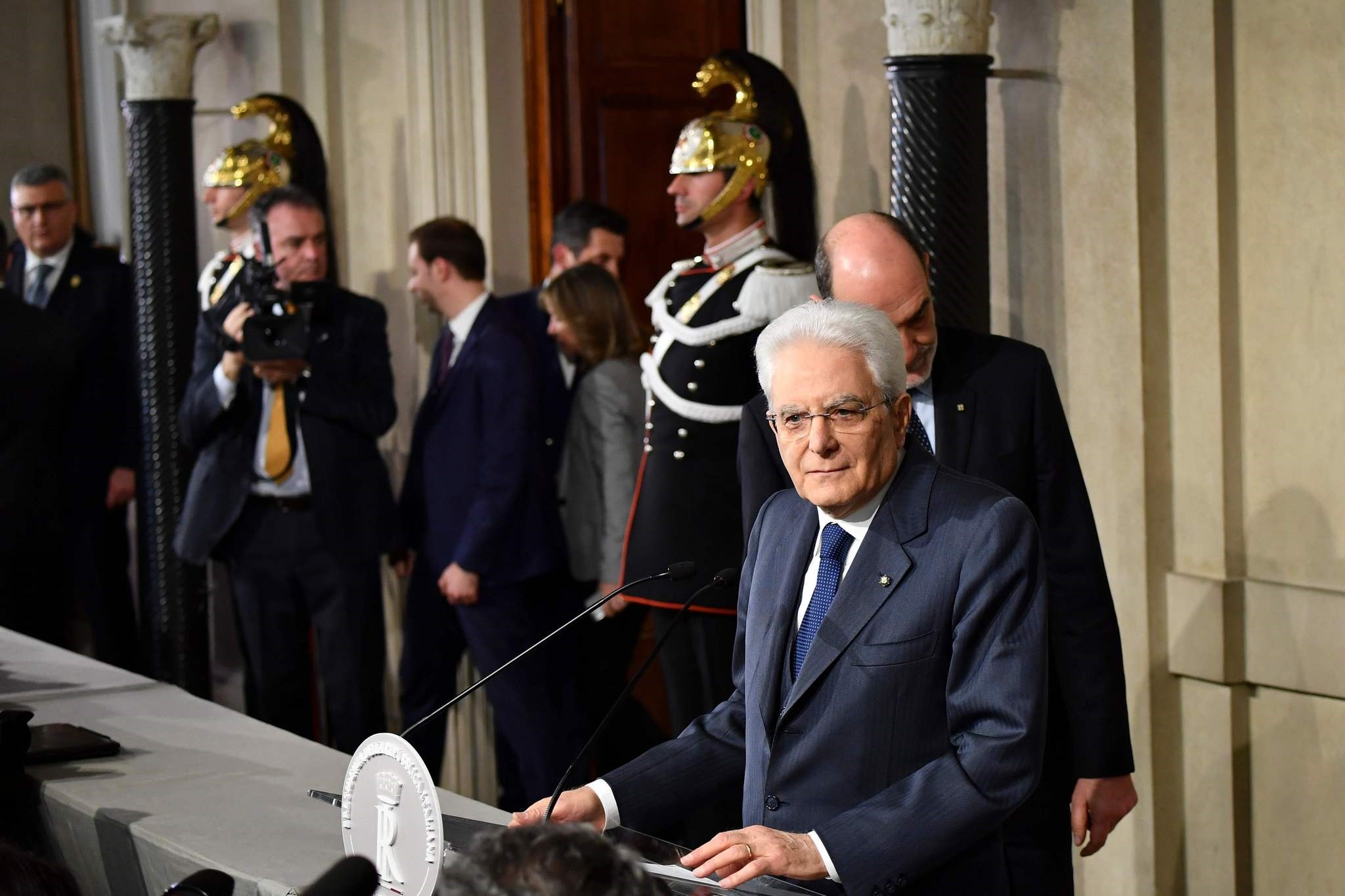 Italian President Sergio Mattarella addresses journalists on the second day of consultations of political parties, on April 5, 2018 at the Quirinale palace in Rome. Mattarella said no government accord was found and will lead new talks next week. (AF
by Apr 05, 2018 12:00 am

Two days of talks on Italy's government crisis have ended with no breakthrough in sight, President Sergio Mattarella said Thursday, announcing a second round of consultations next week.

"I will let pass a few days of reflection" to allow political leaders to "responsibly assess the situation," Mattarella said, urging rival parties to explore possibilities for compromise deals.

The 76-year-old head of state stressed that since March 4 general elections produced a hung parliament, "no party or political side has on its own the votes to form a government."

The ballot, seen as a political earthquake, handed large gains to the far-right League and the anti-establishment Five Star Movement (M5S), and handed a historic defeat to the centre-left Democratic Party (PD).

League leader Matteo Salvini said his centre-right coalition, which won 37 per cent of the votes, should lead efforts to form a new executive, with him as the prospective prime minister.

But "if we want a lasting government, we should involve the Five Star. You don't need a scientist to see that any other solution would be improvised and makeshift," he said.

Salvini warned that if nobody makes concessions "there will be no [new] government and the only solution, which we obviously are not rooting for, but do not rule out, is [new] elections."

His was a reposte to M5S leader Luigi Di Maio, who offered to negotiate a German-style coalition "government contract" with either the League or the PD.

The PD called itself out of coalition talks, seeking to lick its wounds in opposition while it picks a successor to ex-premier Matteo Renzi, who quit as party leader.

The League, on the other hand, is balking at M5S demands to break ranks with ex-premier Silvio Berlusconi's Forza Italia party, a move that would tear up Salvini's conservative camp.

The M5S and the League could form a eurosceptic administration, setting Italy, a founding member of the European Union, on a collision course with Brussels institutions.

"We must make sure that Italy is not always left at the back of the class" when EU decisions are made, and forced "to play catch-up with Franco-German initiatives," Salvini said.

The parties also have costly economic plans which may be incompatible, given Italy's tight budget constraints: The M5S wants basic income subsidies for the poor, while the League has proposed a 15-per-cent flat tax on personal and corporate income.

If added to the mix, Berlusconi could play a moderating role: After meeting the president, the 81-year-old called for a government based on "clear agreements on concrete and feasible solutions, credible at European level."

Mattarella has no deadline to break the impasse but if he concludes that no government deal is possible, he has the power to dissolve parliament and call new elections, possibly in late 2018.