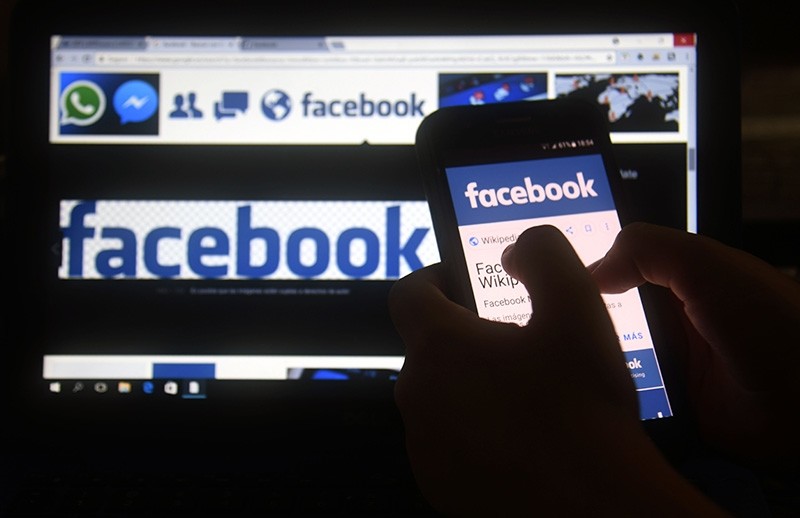 In this file photo taken on March 22, 2018 a cellphone and a computer screen display the logo of the social networking site Facebook in Asuncion. (AFP Photo)
by French Press Agency - AFP
Apr 06, 2018 12:00 am

Facebook has admitted it may have "improperly shared" the personal data of up to 2.7 million people in the European Union, the bloc announced Friday, saying it would demand further answers from the social media giant.

The EU wrote to Facebook last week to ask how many Europeans were affected by the growing scandal over the harvesting of personal data which was then shared with British political consultancy Cambridge Analytica.

"Facebook confirmed to us that the data of overall up to 2.7 million people in the EU may have been improperly shared with Cambridge Analytica," spokesman Christian Wigand told reporters.

The EU justice commissioner Vera Jourova will speak to Facebook's chief operating officer Sheryl Sandberg early next week to discuss what steps the company is taking to address the breach.

"We will study the letter (from Facebook) in more detail but it is already clear that this will need further follow-up discussions with Facebook," Wigand said.

Facebook chief Mark Zuckerberg said on Thursday that around the world as many as 87 million people could be affected by the breach, which has sent the company into turmoil and raised questions about data protection for the entire tech sector.

The EU is preparing to launch tough new data protection rules next month, under which companies could be fined up to four percent of their global turnover for breaches.