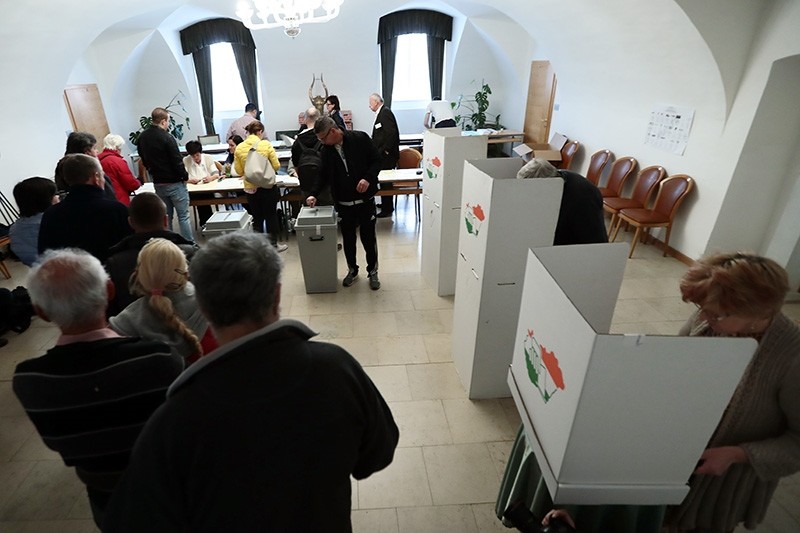 Hungarian Prime Minister Viktor Orban is expected to win his third consecutive term, and fourth overall since 1998, as voting stations opened across the country for the election of 199 parliamentary deputies.

After an acrimonious campaign in which Orban projected himself as a savior of Hungary's Christian culture against Muslim migration into Europe, all opinion polls put his Fidesz party well ahead.

His main challengers are Gergely Karacsony, the candidate of the Socialist and Dialogue parties, and Gabor Vona from the nationalist Jobbik party.

Some 8.3 million Hungarians are eligible to vote, with preliminary results expected Sunday night.

Voter turnout in the first hours of voting in Hungary's election is the highest since 1998. According to the National Election Office, 13.17 percent of eligible voters had cast ballots by 9 a.m. (0700GMT), while in 2006 turnout was 11.39 percent at the same hour.

A strong victory could embolden him to put more muscle into a Central European alliance against the European Union's migration policies. Orban, Hungary's longest-serving post-communist premier, strongly opposes deeper integration of the bloc.

A landslide win would make Orban feel vindicated in his decision to run a single-issue campaign, arguing that migration posed a big security threat. His critics said his stance has fueled xenophobia in Hungary.

After casting his vote in a wealthy district of Budapest with his wife, Orban said Hungary's future was at stake in the vote.

"From here I will go and take part in mobilizing voters... I voted for Fidesz and I am asking everyone to take part in the election," Orban told a group of dozens of journalists.