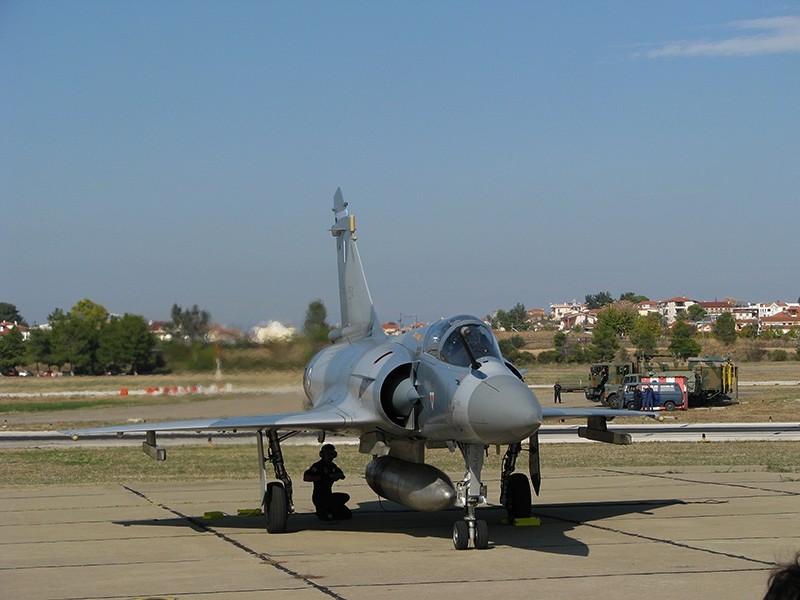 Defense ministry officials in Greece say an air force fighter jet has crashed into the eastern Aegean Sea after returning from a patrol, killing the pilot.

The officials told state-run television that the Mirage 2000-5 crashed Thursday some 6.5 kilometers (4 miles) north of the island of Skyros. They gave no information about the possible cause of the crash.

The plane came down in the Aegean Sea after intercepting Turkish jets as part of a two-plane patrol, state TV ERT said. A Greek general staff source also told the AFP that the Mirage 2000-5 plane was returning from a mission to intercept Turkish fighter jets.

State TV ERT said the warplane disappeared shortly before it was due to land at an airfield on Skyros island in the central Aegean.

However, sources from the Turkish Air Force Command told the Anadolu Agency that no Turkish jets were present at the time of the crash, and allegations that the Greek jet crashed after a dogfight with Turkish jets did not reflect the truth.

The pilot was initially missing, and Greek navy and coastguard ships and army helicopters were dispatched to the area.

"A Greek pilot (has entered) the pantheon of heroes," Defense Minister Panos Kammenos said in a tweet later in the day.

Patrolling has intensified in recent weeks amid a spike in tensions between Greece and Turkey and near-daily mock dogfights in disputed airspace.