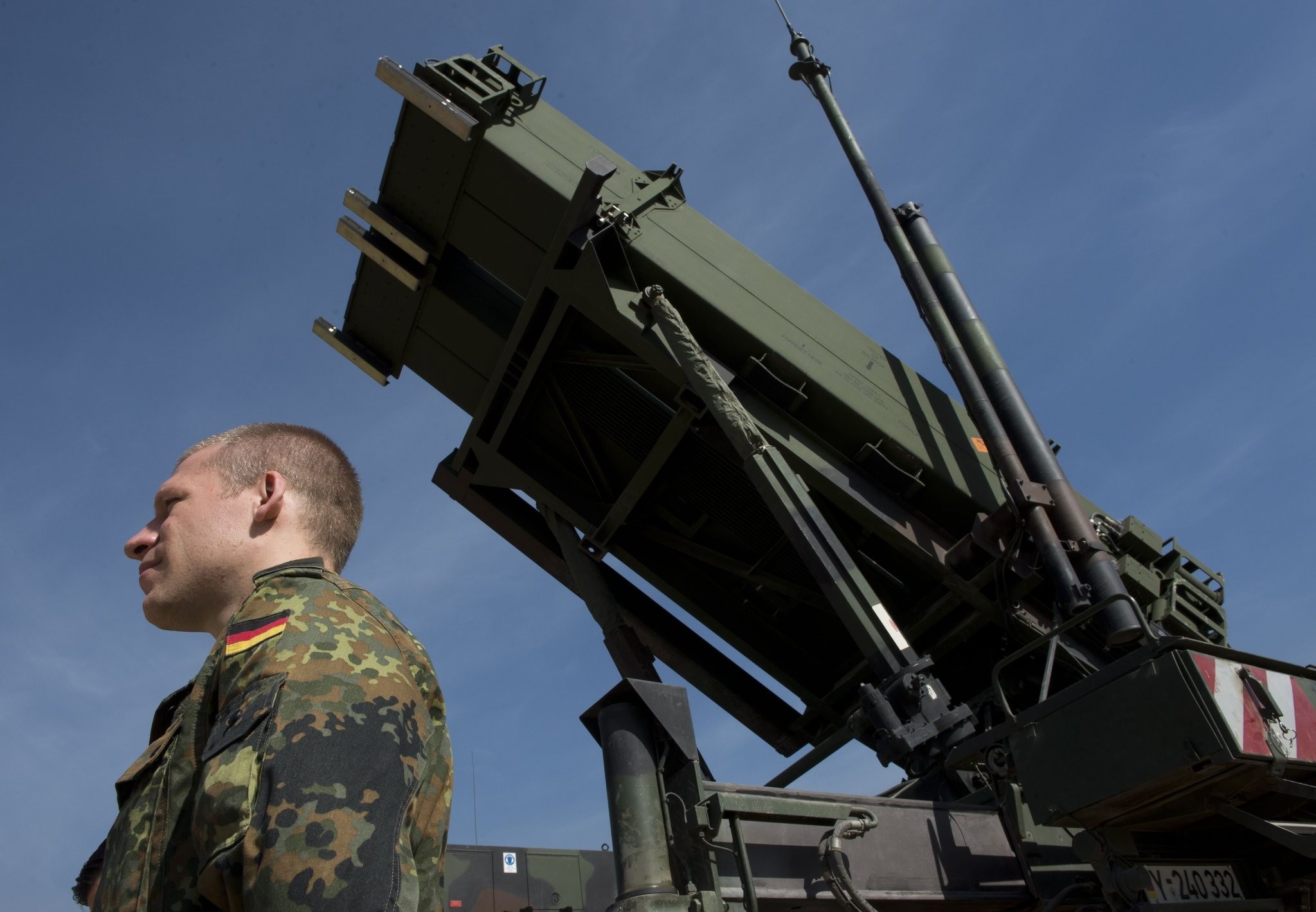 Picturen taken on March 25, 2014, shows a German soldier standing to attention in front of a German Patriot missile launcher at the Gazi barracks in Kahramanmarau015f, southern Turkey. (AFP Photo)
by Apr 12, 2018 12:00 am

The Military Counter-Intelligence Service was looking at 431 cases, of which 23 were new this year.

The official figures, as reported by the Funke media group, came from the Defense Ministry in response to a parliamentary question from left-wing lawmakers.

The ministry said in October last year that the army had discharged 18 service personnel because of right-wing extremism. In some cases, Nazi memorabilia had been discovered at army barracks.

One officer who was arrested on suspicion of planning a xenophobic attack was released in November due to lack of evidence.

"Instead of turning a blind eye, the government must finally take steps to drain the brown swamp among the troops," said a home affairs spokeswoman for The Left group, Ulla Jelpke.

Brown was the color of the uniforms worn by the Nazi paramilitary storm troopers before and during World War II.