6 people killed, over 20 others injured in Bulgaria bus crash 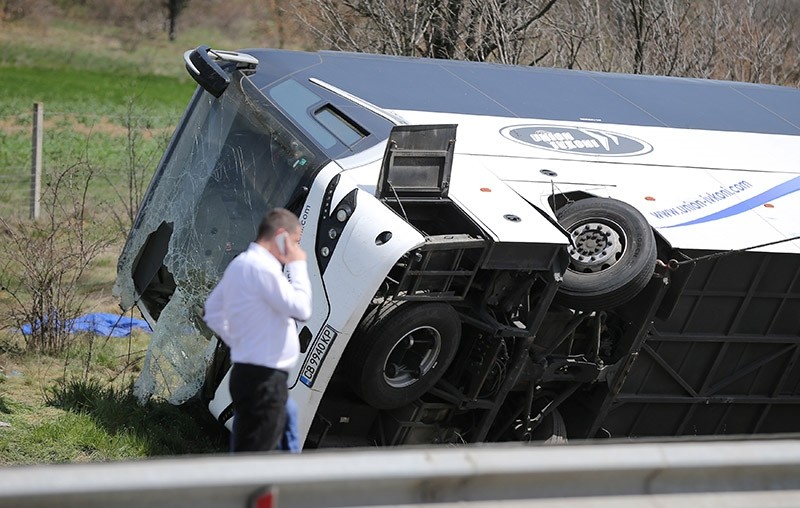 A bus overturned near the Bulgarian capital Sofia on Friday in a crash that left at least six people dead and more than 20 injured, emergency services said.

The bus, which was serving a regular route between Sofia and the Black Sea city of Burgas, was hit sideways by a car and flipped over, trapping many passengers inside, president of the Union Ivkoni bus company Georgy Atanasov told public BNR radio.

Atanasov said the bus was new and had only been made in 2017.

Emergency services spokeswoman Katia Sungarska confirmed the toll to AFP, saying that one of those injured was a child.

EU-wide data released by the European Commission earlier this week showed that Bulgaria has the second highest number of road fatalities per capita in the bloc, after neighboring Romania.