Basque separatist group ETA to disband in May 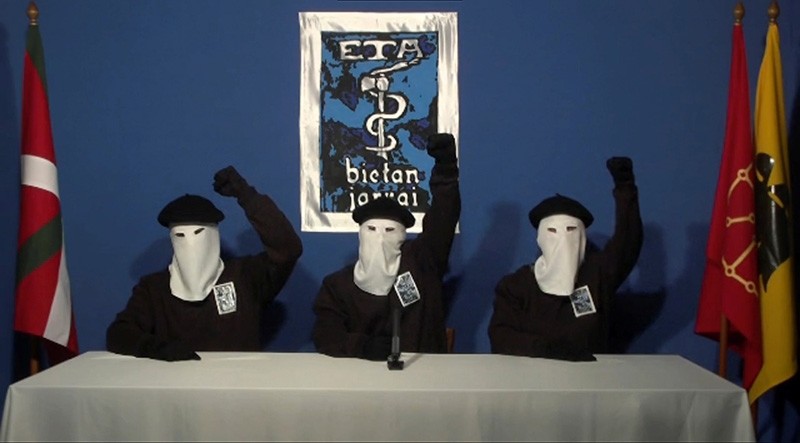 The Basque militant group ETA is ready to announce its final dissolution early next month, putting an end to a decades-long violent campaign for independence from Spain, according to the region's public broadcaster.

ETA will announce the step on the first weekend of May, Basque regional broadcaster ETB reported late Wednesday. The broadcaster has in the past had access to ETA's plans. Also, the Basque newspaper Gara, which often reflects separatist views, had earlier reported that ETA would be dissolving before the summer.

ETA killed more than 800 people including police, politicians and entrepreneurs, before giving up its armed campaign for Basque independence in 2011 and getting rid of its arsenal one year ago. Its dissolution will mark the end of one of Europe's last violent nationalist conflicts.

Both France and Spain, where the group committed most of its deadly actions over more than 40 years, have demanded it take a further step and disband.

The Spanish government said ETA, which it classifies as a terrorist organization, had been defeated without achieving any of its goals.

"ETA has stopped its killing without obtaining anything and it won't obtain anything from its declaration that it is disbanding," Interior Minister Juan Ignacio Zoido told reporters. He added that authorities will continue to investigate unresolved ETA-related cases.

ETA has been inactive since 2011, but for 20 years it dominated the news in Spain with its car bomb attacks, shootings and kidnappings.

ETB said that an event to mark the end of ETA — a Basque-language acronym for Euskadi Ta Askatasuna, meaning Basque Homeland and Freedom — will be held in southern France before the final announcement by the group.