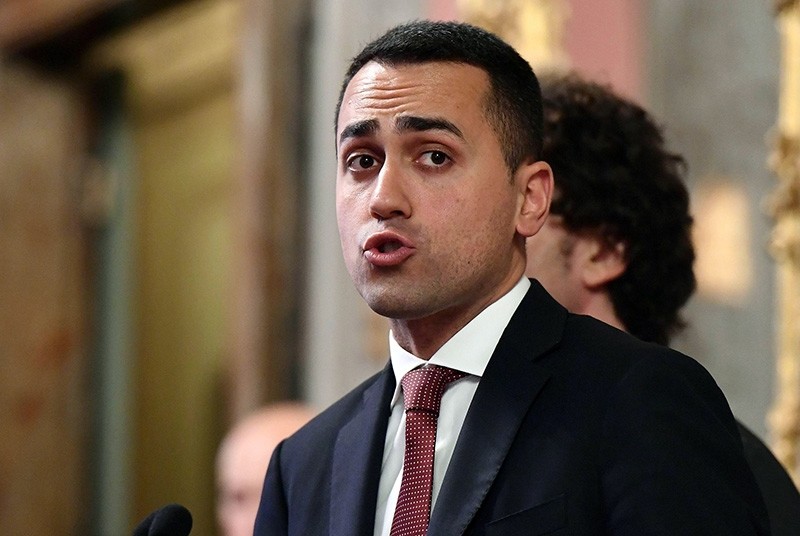 Leader of the Five-Star Movement, Luigi Di Maio, addresses the media after a meeting with Senate president Maria Elisabetta Alberti Casellati in Rome, Thursday, April 19, 2018. (AP Photo)
by Apr 19, 2018 12:00 am

The leader of Italy's anti-establishment 5-Star Movement said Thursday he saw the possibility of forming a coalition with the far-right League, but reiterated his refusal to work with its electoral allies.

Italy held an inconclusive election on March 4 and efforts since then to put together a government have gotten nowhere, with the 5-Star adamant in its rejection of the League's longstanding partners, including former prime minister Silvio Berlusconi.

However, 5-Star leader Luigi Di Maio hinted at a possible solution after talks with the head of the Italian upper house senate, who is acting as a mediator between the parties.

Di Maio said that while he wanted to work exclusively with the League, he could not prevent Berlusconi from supporting such an administration inside parliament.

It was not immediately clear if Berlusconi would accept so-called external support of a government comprising just the 5-Star and the League.