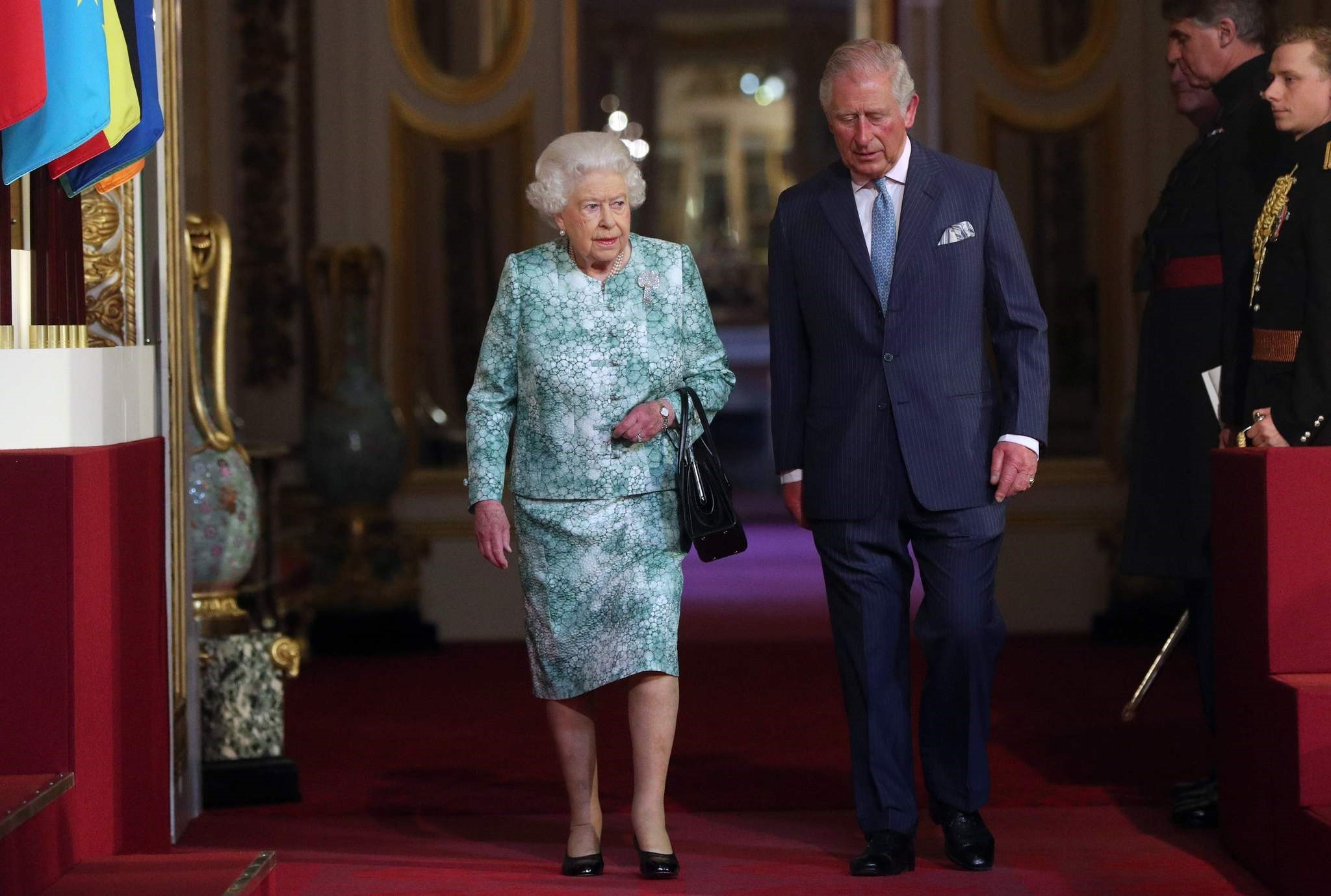 Britain's Queen Elizabeth II and Britain's Prince Charles arrive for the formal opening of the Commonwealth Heads of Government Meeting (CHOGM), in the ballroom at Buckingham Palace in London on April 19, 2018. (AFP Photo)
by reuters
Apr 19, 2018 12:00 am

Britain's Queen Elizabeth said on Thursday she hoped her son and heir Prince Charles would take on leadership of the Commonwealth, answering some who argue the position should be rotated around member states.

"It is my sincere wish that the Commonwealth will continue to offer stability and continuity for future generations and will decide that one day the Prince of Wales should carry on the important work started by my father in 1949," the queen said at the formal opening of the Commonwealth Heads of Government Meeting.

The meeting, taking place in Britain for the first time in 20 years, is seen as a chance to reconnect with former British colonies and revitalize the loose alliance of 53 Commonwealth countries ahead of Brexit.

The Commonwealth evolved out of the British empire in the mid-20th century, and the Queen has been its head since her reign began in 1952.

The question of who will follow Britain's 91-year-old monarch into the role was raised in the run-up to the summit. The leader of Britain's opposition party suggested on Sunday the position should be rotated around the members.

Prime minister Theresa May also spoke at the opening ceremony and paid glowing tribute to the queen's "service, dedication and constancy" in the role. May will lobby for Charles to be the queen's successor when the issue is discussed over the next two days.

Prince Charles, 69, also made an informal pitch for the role in his remarks at the event in Buckingham Palace: "For my part, the Commonwealth has been a fundamental feature of my life for as long as I can remember."