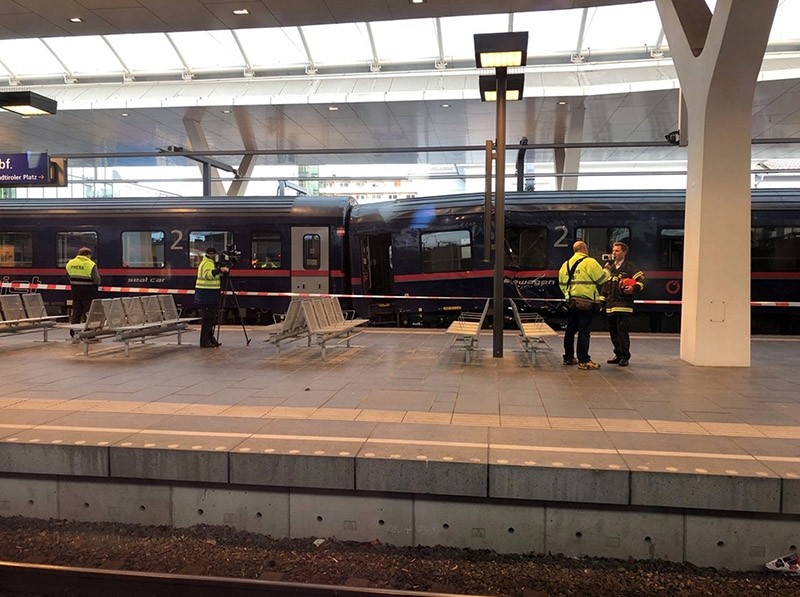 Emergency responders are seen on a platform following a train crash in Salzburg, Austria, April 20, 2018 in this picture obtained from social media. (Reuters/Hans Schrama)
by Compiled from Wire Services Apr 20, 2018 12:00 am

Dozens of people have been injured in a train crash at the central station in the Austrian city of Salzburg, local media reported early Friday.

Two trains crashed into each other shortly before 5 am (0300 GMT), news website Salzburg24 reported. Around 40 people were injured, though none of them seriously, police said.

One train slammed too hard into another from Zurich as they were being coupled together, a police spokesman said.

"A Nightjet (train) was stopped at platform 4 and in a coupling procedure another train drove into it from behind," the spokesman said, adding that the number of injuries was not expected to rise significantly.

The cause of the accident is under investigation.