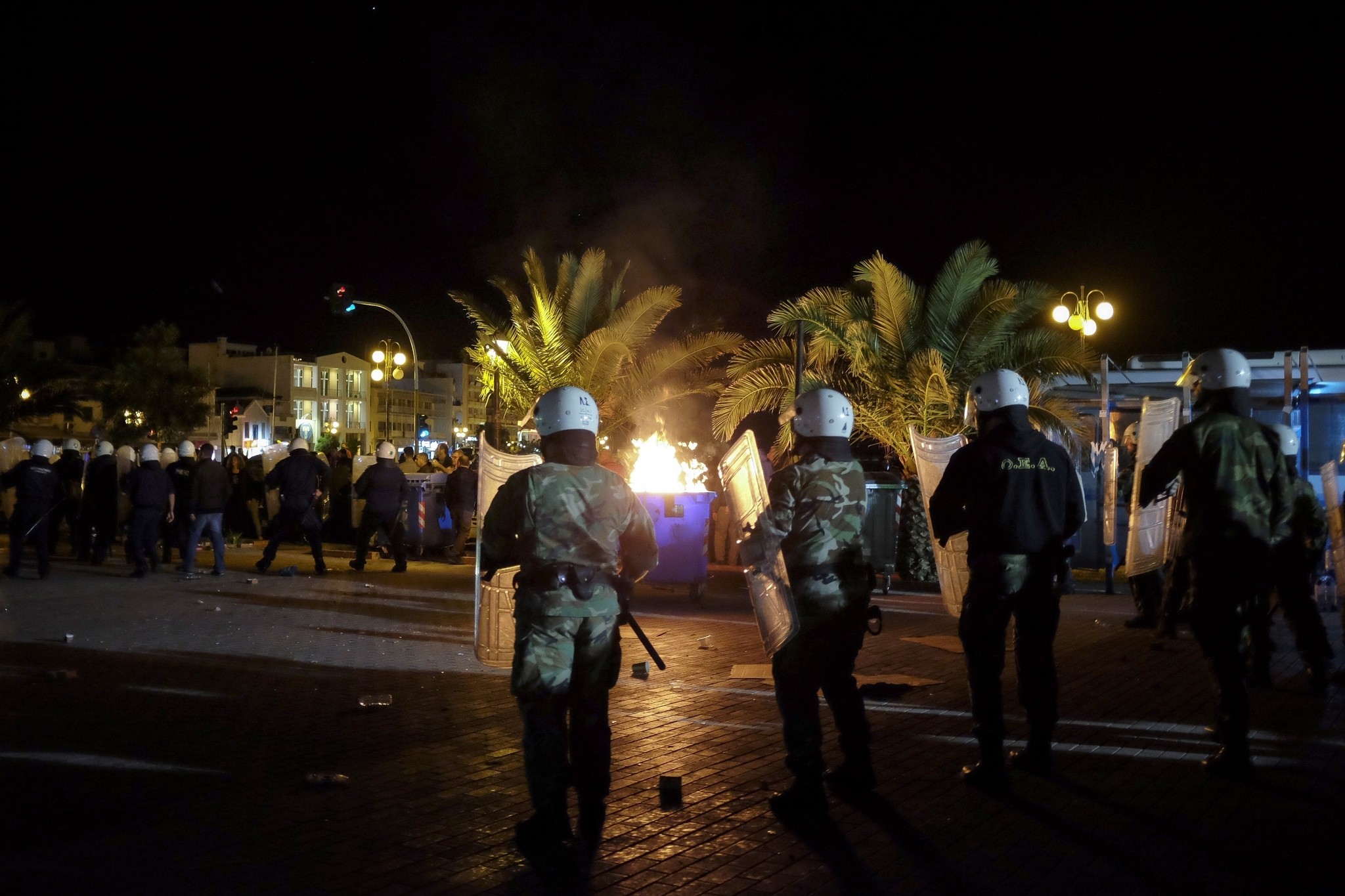 Police on the eastern Greek island of Lesbos on Monday arrested 120 asylum-seekers for illegal camping, following overnight violence by local residents trying to end their five-day sit-in protest in the heart of the island capital.

The clashes in Mytilene left at least 10 people hospitalized. State television, quoting hospital officials, said most of the injured were migrants and none were seriously hurt.

Police cleared the town's main square early Monday after the nightlong standoff during which Greek men set fire to trash bins and hurled flares and firecrackers at the migrants and refugees who had set up tents there.

None of the assailants were arrested, and police issued charges against unknown people for the attack. In addition to the 120 asylum-seekers, police also arrested — also for alleged illegal camping — two Greeks who had been protesting on their side.

The sit-in protest by asylum-seekers began after a high court ruled last week that migrants arriving on Greek islands from Turkey could travel to the Greek mainland while their asylum applications were being processed. The ruling doesn't have retroactive effect, meaning that migrants already there won't be allowed to leave.

Before the clashes, the island's mayor, Spyros Galinos, had renewed a plea to the government to reduce high levels of overcrowding at camps on Lesbos and other islands.

"There are 10,000 asylum-seekers and our (municipality) has a population of 27,000. Our island once again has been held hostage," the mayor wrote in a letter to the Greek ministers of migration affairs and public order. "Lesbos can't take this any longer."

The governing left-wing Syriza party said extreme right "thugs" had been behind the overnight attacks.

"This was a well-organized action, with murderous intent, by specific extreme right, criminal and hooligan elements that have nothing to do with the island or its traditions," the party statement said.