Boys aged 12, 15 gunned down in London suburb amid crime spike 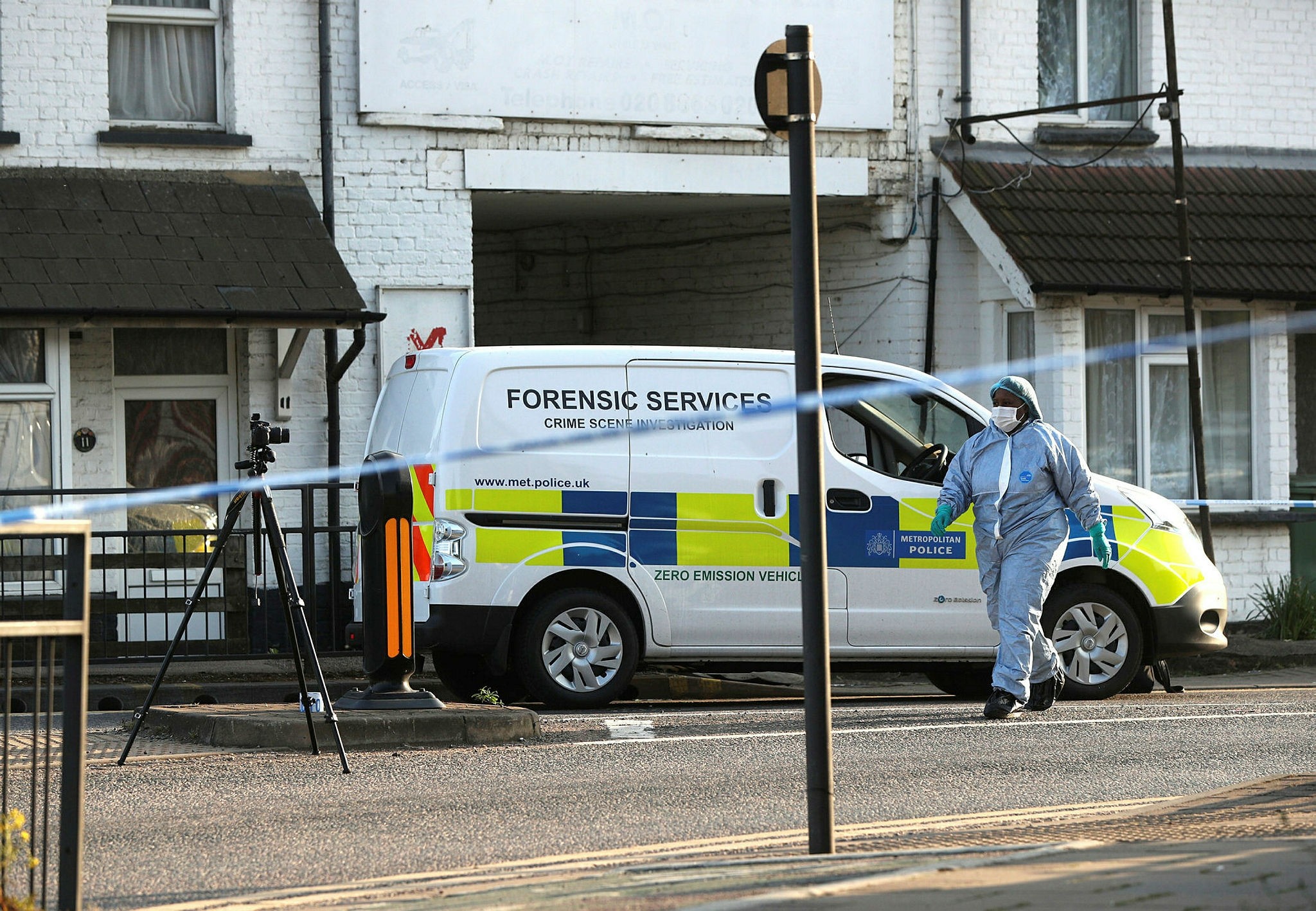 Police attend the scene following two shootings at two locations in close proximity, in the Wealdstone area of London, Sunday May 6, 2018. (AP Photo)
by French Press Agency - AFP
May 06, 2018 12:00 am

Two boys aged 12 and 15 were gunned down in broad daylight in London on Sunday, the day after another teen was shot dead, police said, as the British capital grapples with a surge in violent crime.

London's Metropolitan Police said the pair were taken to hospitals after officers found them within minutes of each other nursing gunshot wounds at separate nearby locations in the suburb of Harrow.

"A 12-year-old boy was treated at the scene before being taken to a west London hospital where he remains currently," it said in a statement.

"We await an update on details of his injuries and his condition."

The force said the injuries to the 15-year-old, who was being treated in a central London hospital, were also still being assessed.

No firearm has been recovered and there have been no arrests, the Metropolitan police added.

The incident came just hours after a 17-year-old boy was shot in Southwark, south London, on Saturday evening and died at the scene, it said.

The victim, Rhyhiem Ainsworth Barton, was not in a gang and aspired to be an architect, his mother said.

Meanwhile "a large altercation" between two groups of men in Hackney, in the east of the capital, led to an acid attack that injured three men aged 17, 22 and 27, police said.

"At this early stage it is still to be determined whether the injuries will be life-changing," it added.

London has seen a surge in stabbings and shootings this year that briefly pushed the murder rate higher than that of once crime-plagued New York -- and has even drawn the attention of US President Donald Trump.

During a free-wheeling pro-gun address to the National Rifle Association in Texas on Friday, Trump claimed a "once very prestigious hospital" in London was like a "war zone" because of knife crime.

Since the start of 2018, more than 60 people have been murdered.