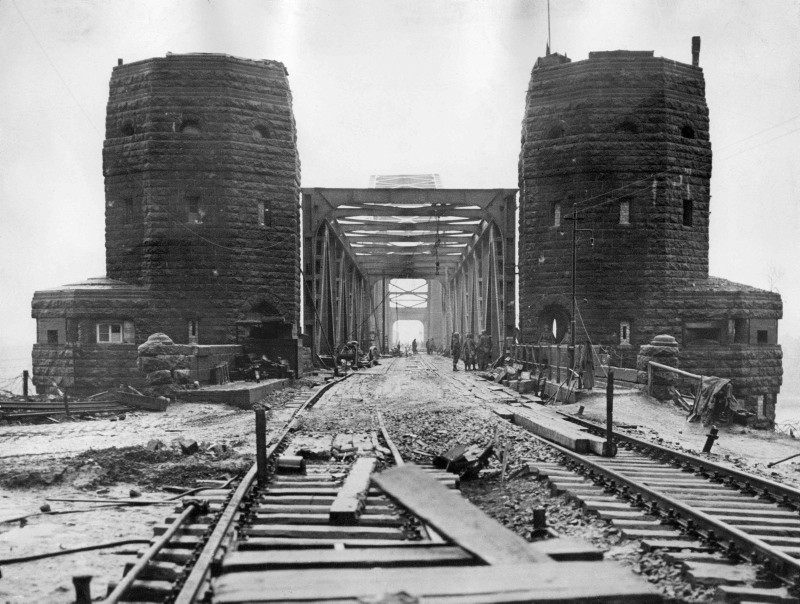 German authorities are selling part of the remains of the "Bridge at Remagen" -- a World War II bridgehead into the country immortalized by a 1969 U.S. film -- in a one-of-a-kind auction.

"There are already a few people interested" in the towers that once flanked the bridge's eastern end, spokesman for the BEV railway authority Juergen Rothe told DPA news agency Monday.

The BEV advertises the building as a "monumental bridge structure with military historical significance stretching beyond the local region" on its website.

Christened the Ludendorff bridge after a famous World War I field marshal when it was built in 1918, the crossing took on vital strategic importance towards the end of World War II in early 1945.

Allied forces rushed to capture it as a route across the broad Rhine river and into Germany's industrial heartland after defending soldiers of Adolf Hitler's army failed to demolish it with explosives.

The 1969 Hollywood movie presents a fictionalized version of the assault.

Ten days after the bridge was taken, weakened by shelling and the passage of some 50,000 Allied troops, it fell, taking 28 U.S. soldiers to their deaths.

Authorities warn potential buyers that the towers are "in dire need of repair", "not for living in" with no water supply or heating, and must be insured against possible harm to passing cars, pedestrians and cyclists from falling chunks of the crumbling facade.

Across the Rhine, the two towers that once adorned the western end of the bridge in Remagen are now home to a museum on its history.