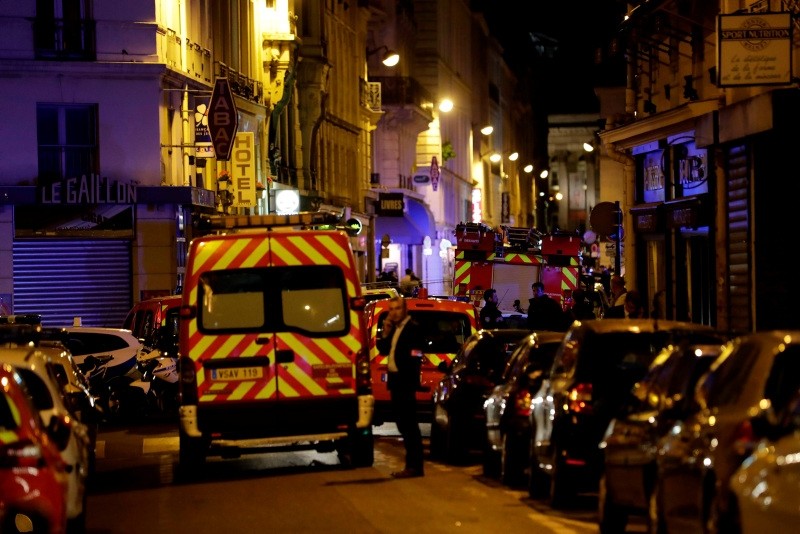 Two people were killed and four injured, two of them seriously, in a knife attack that was claimed by Daesh in a busy area of central Paris on Saturday night.

Police killed the attacker and said are treating the incident as a terror attack.

Paris police officers evacuated people from some buildings in the Right Bank neighborhood after the attack, and bar patrons and opera-goers described surprise and confusion.

Beyond the police cordon, however, crowds still filled nearby cafes and the city's nightlife resumed its normal pace soon after the suspect was reported as having been "neutralized" by police.

French President Emmanuel Macron said following the attack that his country "has once again paid a price in blood but will not yield an inch to the enemies of liberty."

"All my thoughts go to the victims and injured of tonight's knife attack in Paris, and to their families," Macron wrote on Twitter.

"In the name of all French people, I salute the courage of the police officers who neutralized the terrorist," he added.

Following Macron's statements, Daesh claimed responsibility for the attack, according to the SITE monitoring group.

"The executor of the stabbing operation in the city of Paris is a soldier of the Daesh and the operation was carried out in response to the calls to target the coalition states," a "security source" told Daesh's Amaq news agency.

The attacker was born in the Russian republic of Chechnya in 1997, a French judicial source said, adding that his parents have been arrested for questioning.