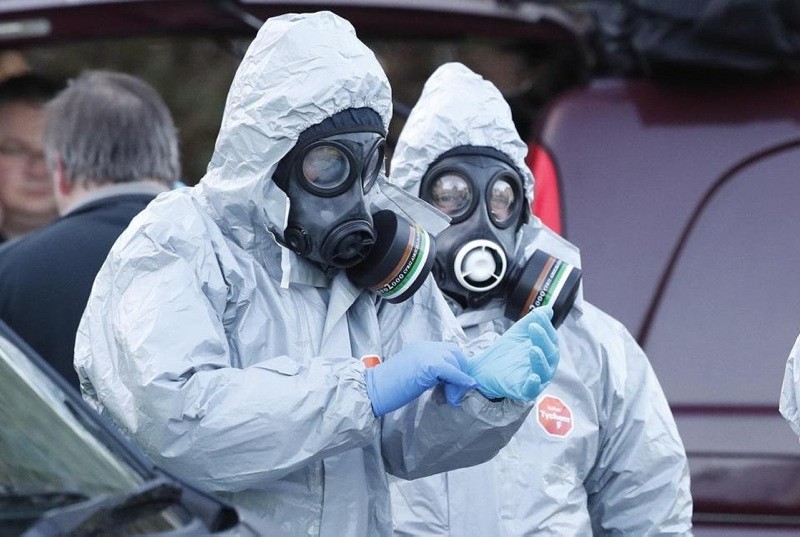 Germany's intelligence service BND had in the 1990s obtained from a Russian informer a sample of the poison used against ex-double agent Sergei Skripal, German media reported Thursday, drawing a link to Moscow as the origin of the toxin.

Britain has accused Russia of carrying out the nerve agent attack against Skripal and his daughter Yulia in March, but Moscow has denied the claims and argued that the country never had any programs to develop the chemical weapon, known as Novichok.

But German newspapers Sueddeutsche Zeitung and Die Zeit as well as regional public broadcasters NDR and WDR said their research showed that a Russian scientist had in the 1990s offered to provide information about the new class of chemical weapon that his country was developing.

In exchange for his and his family's safety, the scientist offered to obtain a sample and its formula for Germany.

The offer put Germany in a dilemma as it was obliged to adhere to international treaties that bans it from producing such weapons of mass destruction.

Eventually, the sample was sent to a Swedish laboratory for analysis, while the BND and Germany's defence ministry took hold of the formula, according to the report.

Under orders from then chancellor Helmut Kohl, the BND shared the information with its closest allies, including U.S. and British secret services.

Small quantities of the nerve agent were subsequently produced in some NATO countries for test purposes — to determine if protective gear was able to withstand it, and to find antidotes against the poison, added the report.

Western allies kept their knowledge of the nerve agent from the public in order not to aggravate ties with then Russian president Boris Yeltsin at a time when both sides were emerging gingerly out of the Cold War.

The poisoning in Britain's Salisbury of the Skripals unleashed a diplomatic furor.

Western states have backed Britain over its accusation that Moscow as behind the attack, and expelled dozens of Russian diplomats in response.