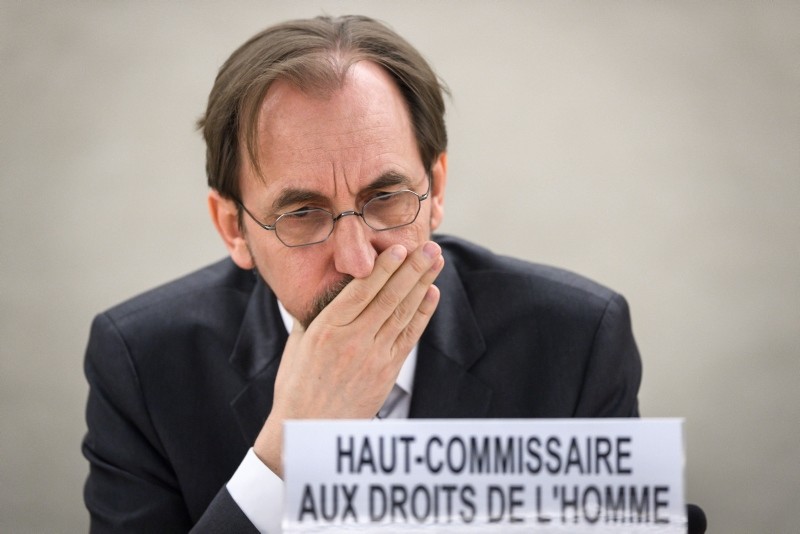 High Commissioner for Human Rights Zeid Ra'ad Al Hussein attends a special session of the United Nations Human Rights Council on May 18, 2018 in Geneva. (AFP Photo)
by German Press Agency - DPA
May 22, 2018 12:00 am

Zeid spoke at a conference commemorating the Vienna Declaration that was adopted by U.N. members 25 years ago to lay down universal human rights principles in the wake of the Cold War and the Yugoslav wars.

Human rights are in retreat in many countries around the world, Zeid said.

"Here in Europe, ethno-populist parties are in the ascendant in many countries - fueling hatred and scarring their societies with deepening divisions," he continued.

"Almost everywhere, across Europe the hatred they direct at migrants has infiltrated the mainstream parties and skewed the political landscape towards greater violence and suffering," Zeid said.

The U.N. diplomat with Jordanian and Swedish roots has previously lashed out at Hungary's controversial, tough policies against refugees and against groups that help them.

On Tuesday, he took aim at Austria, which is governed by an anti-immigration coalition between conservatives and the far right.

"In this country - which more than most should be aware of the dangers of ethnically divisive rhetoric [...] - false and incendiary statements have been recently made which are fundamentally at odds with the Vienna Declaration," he said without elaborating.