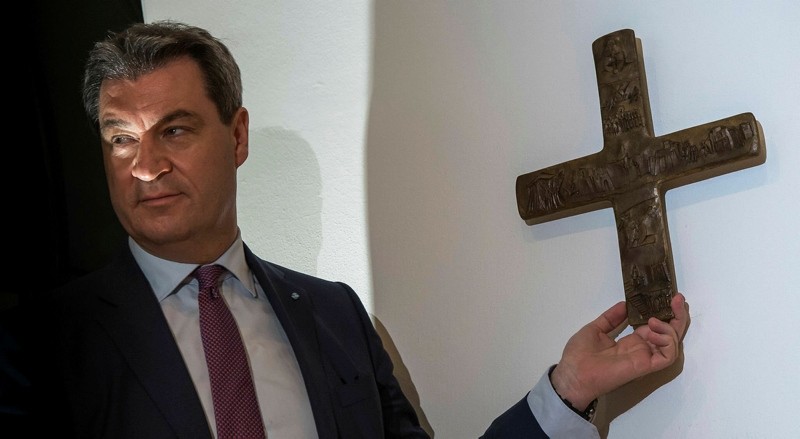 Bavaria's local government has said that it does not intend to check on whether each state office is displaying a Christian cross, as required by a new law.

All state offices and agencies must hang a cross in their entrance areas, under the law passed in April.

The legislation has been a matter of heated political debate, revolving around the place of Christianity in German identity and whether Bavaria was blurring the lines between state and religion. The Catholic Church has strong support in the state.

"We see no reason to to carry out checks, and welcome every cross put on display," a spokesman for Bavaria's Interior Ministry told local newspaper Augsburger Allgemeine.

"We are assuming that the leaders of the relevant local authorities know the regulations and will handle them in an appropriate way," said spokesman Oliver Platzer.