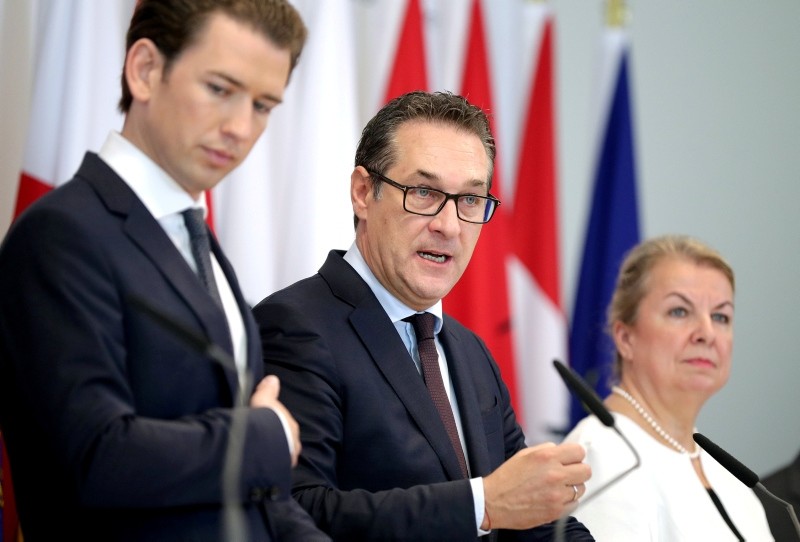 Austria's vice chancellor and leader of the country's far-right Freedom Party called for ending the European Union's sanctions against Russia, days before he meets Russian President Vladimir Putin during a trip to Vienna.

Heinz-Christian Strache, whose pro-Moscow party is junior partner to Chancellor Sebastian Kurz's conservatives, has said in the past he did not favor EU sanctions against Moscow over its backing of rebels in Ukraine.

In an interview with the newspaper Oesterreich printed on Sunday, he sharpened his tone.

"It is high time to put an end to these exasperating sanctions and normalize political and economic relations with Russia," he was quoted as saying.

The United States, the EU and other countries imposed sanctions on Russia after it annexed Crimea from Ukraine in 2014. But unlike most western European countries, Austria did not expel Russian diplomats over the poisoning in Britain of former Russian spy Sergei Skripal and his daughter.

Austria's coalition government says it wants to act as a bridge between east and west, while Kurz has stressed its pro-EU stance is secure.

German Foreign Minister Heiko Maas has invited his counterparts from France, Russia and Ukraine for a meeting in Berlin on June 11 to discuss the conflict. Maas said last week he was unaware of any discussion within the EU on lifting the sanctions.

Germany, France, Russia and Ukraine have previously held talks in an effort to end the fighting in Ukraine, which has killed more than 10,000 people despite a notional ceasefire.