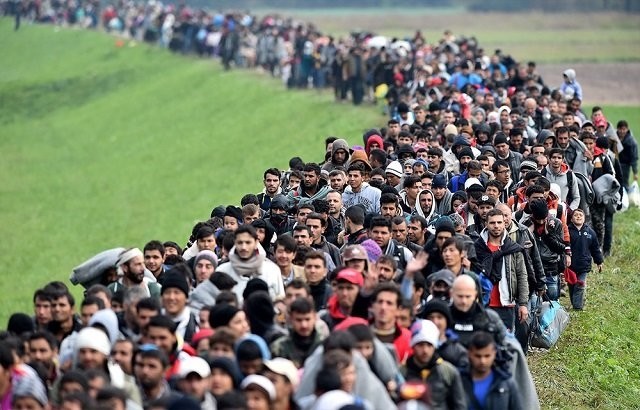 EU interior ministers were pessimistic on Tuesday about resolving a deadlock over proposed asylum reforms, reducing the likelihood of settling the issue in time for a summit of EU leaders later this month.

The European Commission had proposed a shake-up of EU asylum rules back in 2016 to help redistribute the burden of hosting refugees more evenly across the bloc after more than a million people arrived in Europe in 2015.

But the reforms are mired in a dispute over the mandatory relocation of asylum seekers across the European Union, with several central and eastern EU states fiercely opposing the move.

"We will only get out of this hole if we all understand that we need a compromise," Luxembourg Foreign Minister Jean Asselborn said ahead of talks in the Grand Duchy on the issue. "And whether it will start emerging today, I have my doubts."

"I don't think that we have a realistic chance of reaching a compromise," said Austrian Interior Minister Herbert Kickl, noting that he was one of the "skeptics" on the issue of relocation.

The compromise currently on the table still has "serious deficits," said Germany's parliamentary secretary of state for the Interior Ministry.

EU Migration Commissioner Dimitris Avramopoulos said there was still "a lot of time" to reach an agreement, noting that it would not matter much if the deadline moved beyond June.