Calls grow in Germany for expulsion of disputed US envoy 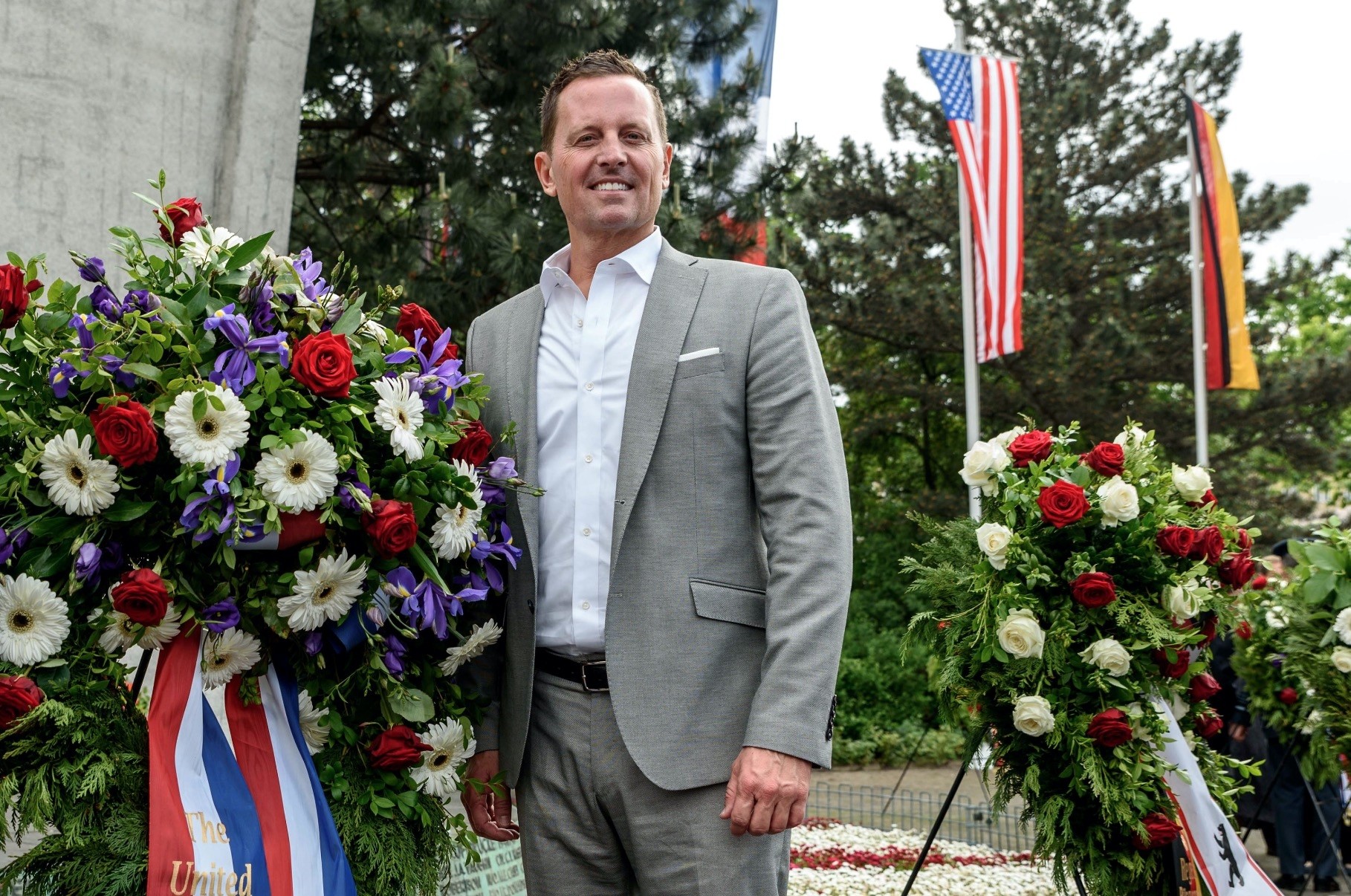 Leading German politicians on Tuesday called for a U.S. ambassador to be expelled on Tuesday after the staunch ally of President Trump was accused of meddling in domestic politics and aggravating already tense ties

U.S. Ambassador to Berlin Richard Grenell was assigned to his diplomatic post in Berlin on May 8 and immediately irked Germany when he tweeted on the same day that German companies should stop doing business with Iran as U.S. President Donald Trump quit the nuclear deal with the Islamic republic.

He caused further outrage over the weekend with reported comments to website Breitbart of his ambition to "empower other conservatives throughout Europe, other leaders."

"I think there is a groundswell of conservative policies that are taking hold because of the failed policies of the left," he added.

Grenell also raised eyebrows with his plan to host Austria's young Chancellor Sebastian Kurz – who the U.S. envoy described as a "rock star" – for lunch on June 13.

"What this man is doing is unheard of in international diplomacy," Martin Schulz, former chief of the Social Democratic Party and an ex-European Parliament president, told national news agency dpa.

"If a German ambassador were to say in Washington that he is there to empower the Democrats, he would have been kicked out immediately.

"I hope that Kurz's visit will lead Mr. Grenell's tenure as ambassador in Germany to be short," added Schulz, playing on the German word for short, "kurz."

Schulz had earlier tweeted that the U.S. envoy did not behave like a diplomat but like a "far-right colonial officer."

Amid the row, Germany's Foreign Ministry is seeking clarification from Grenell about his comments, with the topic to be raised at a pre-arranged meeting Wednesday between the envoy and senior official Andreas Michaelis.

"There will certainly be a lot to discuss and that's why it's good that the ambassador will be a guest tomorrow of State Secretary Michaelis, and that what has been said can also be discussed," said Foreign Minister Heiko Maas.

The storm over Grenell comes as Germany and the United States are experiencing strained ties after Trump ditched the Iran nuclear deal and imposed punishing tariffs on European aluminum and steel.Underlining the souring transatlantic relationship, German Chancellor Angela Merkel has warned that Europe can no longer rely on the U.S. to protect it; but stressed that the continent must "take its destiny in its own hands."

Despite being smeared both in the Washington Post and the Huffington Post by anti-Trump columnists, Grenell appeared to be totally unapologetic regarding his comments, going as far as returning the favor and calling out the media.

"That's a very powerful moment when you can grasp the ability to see past the group-think of a very small elitist crowd telling you you have no chance to win or you'll never win, or they mock you early on." Grenell said.

He also hit back at both the comments coming from the media and those of politicians, calling them "absurd."

"The idea that I'd endorse candidates/parties is ridiculous. I stand by my comments that we are experiencing an awakening from the silent majority – those who reject the elites & their bubble. Led by Trump," Grenell tweeted.