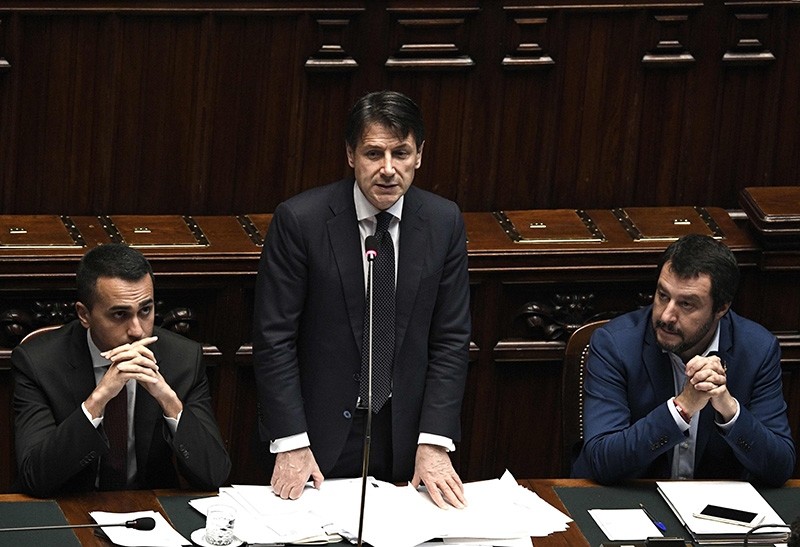 Italy's new populist government formally took the reins of the eurozone's third-largest economy Wednesday after winning backing from the chamber of deputies.

The alliance between the anti-establishment Five Star Movement and the far-right League was approved with 350 votes in favor, 236 against and 35 abstentions.

The new coalition was sworn in by the president on Friday after almost three months of political turmoil that alarmed EU officials and financial markets.

Approval in both houses of parliament gives Conte, a 53-year-old academic and political novice, the mandate to carry out the Five Star and the League's program for a "government of change."

The program -- which combines radical tax cuts with anti-austerity measures like a basic monthly income for the poorest citizens -- has left many Italian and international observers perplexed given the country's huge public debt.

It also contains a hardline on immigration, promising to curb migrant arrivals and speed up expulsions of illegal immigrants.

On Wednesday, new joint deputy PM -- alongside Five Star chief Luigi Di Maio -- and interior minister Matteo Salvini went a step further saying that he wanted to open more detention centers for the repatriation of migrants so they "aren't strolling about our cities."