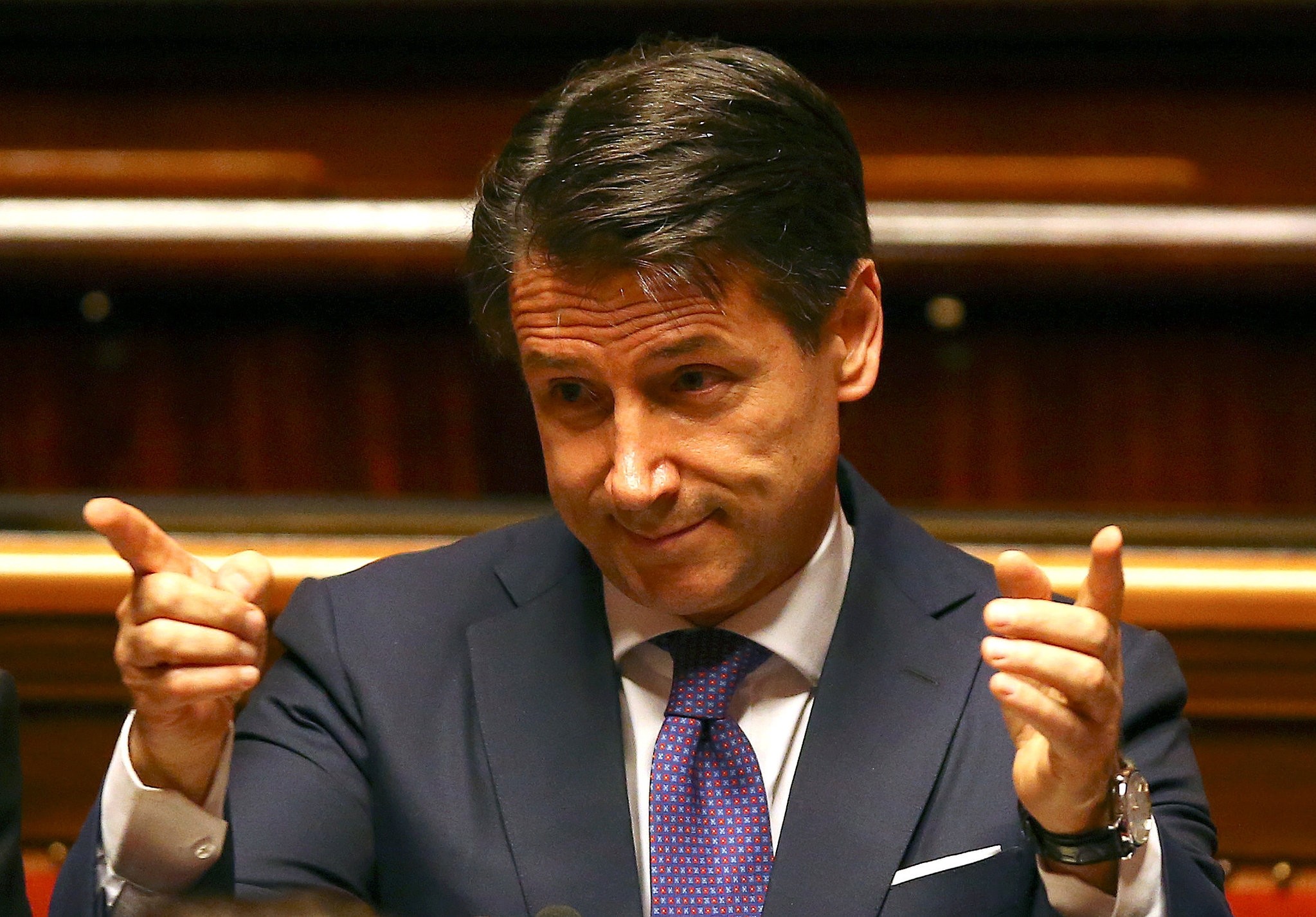 Giving his first speech before the country's parliament, the new Italian Prime Minister Giuseppe Conte outlined his government's plans for a reshuffling of the welfare state, the economy as well as foreign policy with Russia and tackling immigration.

Conte welcomed would-be negative comments such as "populist" and "anti-system," saying that if "populist" means the ruling class listening to and implementing the will of the people and that if "anti-system" means the removal of old corrupt privileges then his administration deserves to be called both.

The Senate approved trust to the government 171 to 117, with 25 abstentions after Conte's speech.

Addressing one of the most difficult issues that Italy has had to deal with for a long time, Conte made it no secret that his cabinet was planning to resolve the issues of illegal mass immigration into Italy, calling for an overhaul of the Dublin Regulation, which requires would-be asylum seekers to register in the first country they reached.

"We will seek to set up an automatic, obligatory system to re-distribute asylum seekers," he said.

Unsurprisingly, his proposals and those of his allies have been called a number of names.

"We are not and will never be racists. We want procedures that determine refugee status to be certain and speedy, to effectively guarantee their (refugee) rights," he continued.

Conte continued with foreign policy, reassuring the international community that Italy will stay on track with its military alliances.

"We intend to reaffirm our membership of NATO, with the United States of America as a privileged ally," he said. He also said that he wants to review EU sanctions on Russia, as President Vladimir Putin is lobbying in neighboring Austria to attempt to achieve just that.

"We will support opening up to Russia... We will push for a review of the sanctions system, starting with those that risk humiliating Russian civil society," the prime minister added.

Regarding the eurozone, Conte dismissed all assumptions about a possible exit.

"Leaving the euro was never up for discussion," he said. "It is not up for discussion. The issue is another: Is it legitimate or not for a government of a country to re-negotiate economic policy?" Concerning internal affairs as to how to tackle Italy's own economic woes, Conte said that he wishes to reduce public debt by increasing the country's wealth, not with "austerity that, in recent years, has helped to make it (public debt) grow."

Aiming for economic growth, Conte said that while Italy's debt is sustainable for the time being, its reduction "must be pursued."

He also said that the government will reform the wage and pension systems, aiming to provide assistance to those citizens needing it the most. Employment centers will also be "strengthened," in addition to supporting "pensioners who do not have enough income to live in a dignified manner."

Conte furthermore announced that the pensions and annuities of parliamentarians, regional councilors and employees of constitutional bodies, the so-called "golden pensions," will be cut, as they are "another example of unjustified privilege that must be opposed. We will intervene on pensions that exceed 5,000 euros per month when the sum has not been covered by the contributions paid." Prime Minister Conte himself was a political novice until he joined the ranks of the 5-Star Movement.

While the Italian people has good reason to hold euroskeptic positions, given the economic crisis that has plagued the nation as well as its southern neighbors, immigration was the most talked-about issue. Italy has chronically had to deal with immigration from North Africa, however it was completely unprepared to meet the human wave that befell upon it after the fall of former Libyan leader Moammar Gadhafi as well as German Chancellor Angela Merkel's decision to de facto open Europe's doors to millions of immigrants and asylum seekers in mid-2015.

Since then, Italian society, already weakened by the crisis, has had to deal with hundreds of thousands of immigrants that either managed to cross the Mediterranean Sea on their own on flimsy boats with the help of human traffickers, rescued at sea by the coast guard, or brought directly from Libya to either Cecily or continental Italy by non-governmental organizations.

While some have tragically drowned at sea, there are an estimated over 700,000 immigrants now in Italy, which has caused problems not only in big cities like Rome but also small towns, in which people revolted against the idea of Asylum centers.

The new Italian government seems to be the answer to the cries of the Italian people, and with Prime Minister Giuseppe Conte at the helm of the world's fourth largest economy, for now, they seem to have gotten an answer to their wishes.