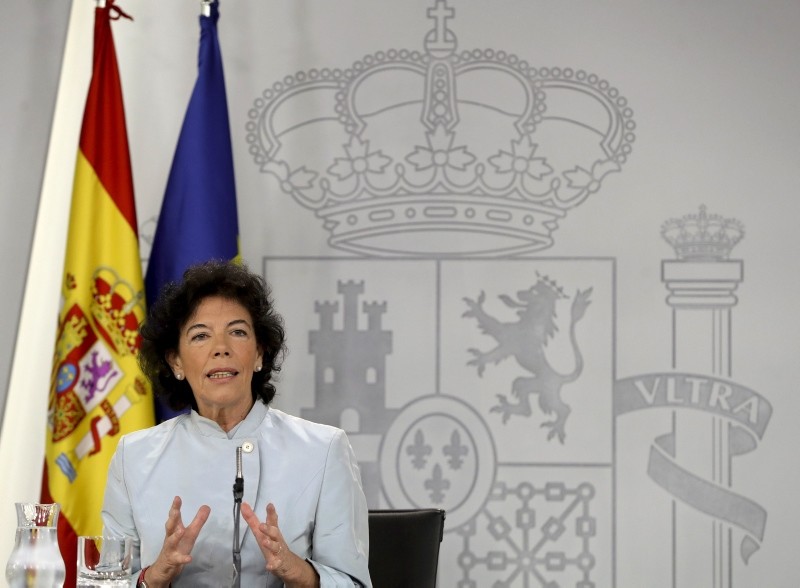 Spain's new Socialist government said Friday it would lift financial controls on Catalonia as a "gesture of normalization" towards the separatist-minded region, but insisted an independence referendum was still "out of the question."

Education minister and government spokeswoman Isabel Celaa said that banks would be "instructed to allow the government of Catalonia to make payments" without the supervision of Spain's finance ministry.

The financial controls had been put in place by the previous conservative government of Mariano Rajoy in September 2017 to prevent the separatist regional government of Catalonia from financing a banned independence referendum on October 1.

But from now on, the Catalan government will simply have to provide a monthly spending report to the central government.

Catalan separatist formations had been among a string of smaller parties to back the no-confidence motion that ousted Rajoy.

Asked whether the government would be willing to discuss the possibility of Catalonia holding an independence referendum as demanded by Catalan separatists, Celaa said this was "out of the question".

The referendum was boycotted by the opposition and declared illegal by Spanish courts.

Opinion polls show Catalans are split on the issue of independence, but a large majority want to vote in a legitimate referendum to settle the matter.

Catalonia's ousted president Carles Puigdemont, for his part, appeared to be open to a softer position during an interview with Catalan radio Rac1 on Friday.

"The referendum is the expression of the right which the people of Catalonia have to self-determination. If the Spanish government believes that this right can be exercised in another way, we have always said that we are willing to listen," he said.

Puigdemont is in Germany pending the outcome of a request by Spain for him to be extradited and stand trial over his role in Catalonia's separatist drive.

He picked Torra to be Catalonia's next leader after separatist parties kept their absolute majority in regional elections in December and remains influential among Catalan separatists.