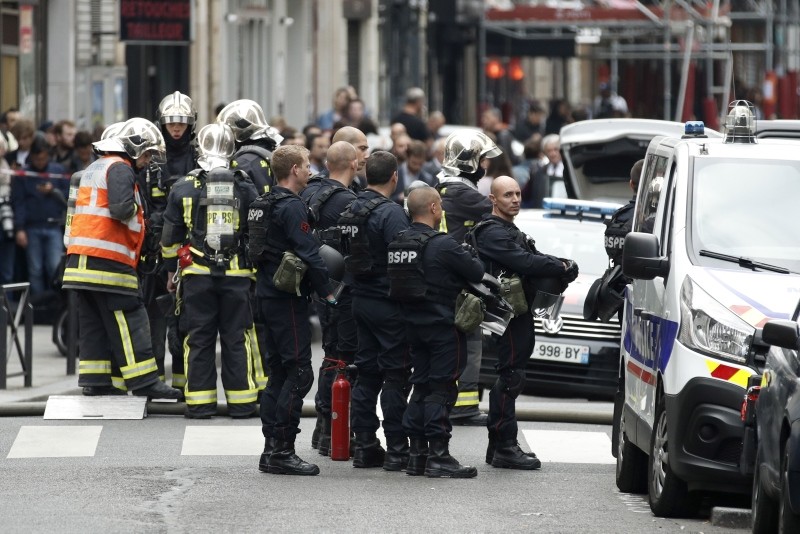 "All the hostages are safe and sound," Gerard Collomb said in a brief statement. At least two people had been held.

The identity of the male suspect — who reportedly asked to speak to the Iranian ambassador during negotiations — was not immediately known, and details of the final moments and the arrest remained unclear.

There was no indication of an terrorist motive, police said.

Dozens of police in riot gear, firefighters and rescue workers evacuated and blocked off the Rue des Petites Ecuries as negotiations took place. The hostages were held in a ground-floor office in a crowded neighborhood.

There were at least three hostages at first, but one was reportedly freed shortly after the drama began at about 4 p.m., police union official Yves Lefebvre said.

The freed hostage was reportedly doused with gasoline and hit in the face as he was freed, according to Lefebvre. The information could not be officially confirmed.

The hostage-taker also claimed he had an accomplice outside the building with a bomb, according to Lefebvre. Police swept vehicles in the area with a device but found nothing, he said.

Officials at police headquarters never confirmed whether the person holding the hostages was armed or described the nature of his demands.