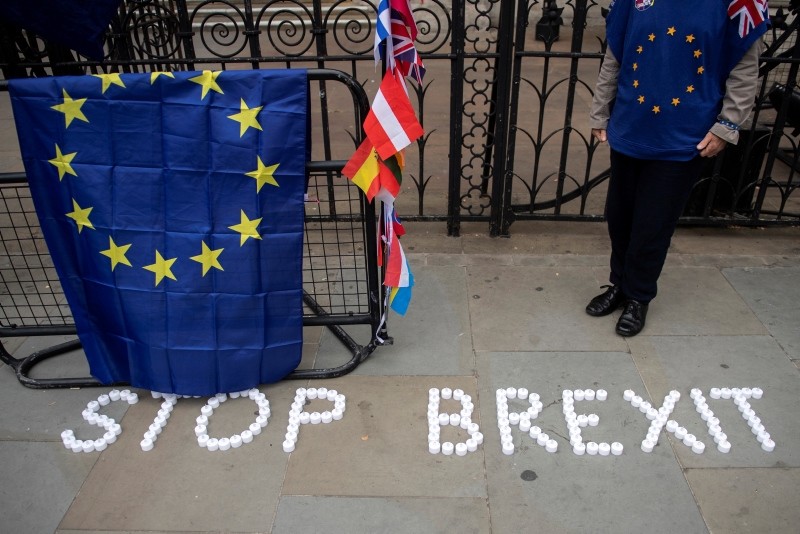 British Prime Minister Theresa May narrowly avoided a major blow to her Brexit strategy Tuesday after MPs rejected a plan that would have given parliament a veto on the final deal negotiated with Brussels.

The House of Commons voted 324 to 298 to defeat an amendment to the EU (Withdrawal) Bill which would have removed her government's power to unilaterally walk away from talks with Brussels.

But in extraordinary scenes, ministers were forced to offer last-minute compromises to pro-European MPs before holding private talks in corners of the chamber as the debate raged on.

May had feared a rebellion by her Conservative MPs over the motion, one of 15 submitted by the unelected upper House of Lords on which lawmakers will vote over the coming two days.

The bill will then go back to the Lords on Monday.

The pro-European cause was boosted when junior justice minister Phillip Lee, a close personal friend of the prime minister, resigned shortly before the debate in order to back the veto amendment.

May had earlier warned that defeat would weaken her hand in exit talks, while a string of eurosceptic MPs stood up to accuse the rebels of trying to thwart Brexit.

"Anything that undermines the government at home will make negotiations with the EU more difficult," May told a meeting of her cabinet.

Talks with Brussels have stalled over the fraught issue of the Irish border, but both sides are hoping to agree a final deal by October in time for the break on March 29, 2019.

The EU (Withdrawal) Bill would formally end Britain's membership of the bloc and transfer more than 40 years of European law onto the British statute books.

May is seeking to overturn 14 of 15 amendments passed by the Lords earlier this year, but has a fight on her hands due to her fragile majority in the 650-seat Commons.

She has already agreed to give MPs a vote on the final Brexit deal, but says it will be a yes or no decision -- meaning that rejecting it could see Britain crash out of the EU.

The Lords amendment would have given parliament the power to decide what happened next, with the possibility of going back to the negotiating table or even staying in the bloc.

Following its defeat, the government's own amendment on the so-called meaningful vote will go forward to the House of Lords for debate next week -- but with some changes.

Grieve told MPs: "If we don't achieve a deal at all, the fact is we are going to be facing an immense crisis.

"The question is how do we take some sensible steps to anticipate that happening and try to make sure that there is a coherent process for dealing with it."

Passions ran high in Tuesday's three-hour debate, when angry eurosceptics accused their rivals of trying to undermine the 2016 referendum vote to leave the EU.

"The decision was taken by the people, we gave them that decision and we have to stand by it," said Conservative MP Bill Cash.

His pro-European colleague Anna Soubry hit back that hardline eurosceptics were seeking to "take us over the cliff of hard Brexit".

She has previously spoken of the threats she faced for challenging the government, and revealed that one colleague would not be voting as they wished this week for fear of reprisals.

It featured a British flag and the headline: "Ignore the will of the people at your peril."

Also on Tuesday, the government successfully overturned an attempt to remove the date of Brexit from the face of the bill.

Further clashes were expected on Wednesday during debate on amendments relating to how closely Britain stays aligned with the EU's economy after leaving.